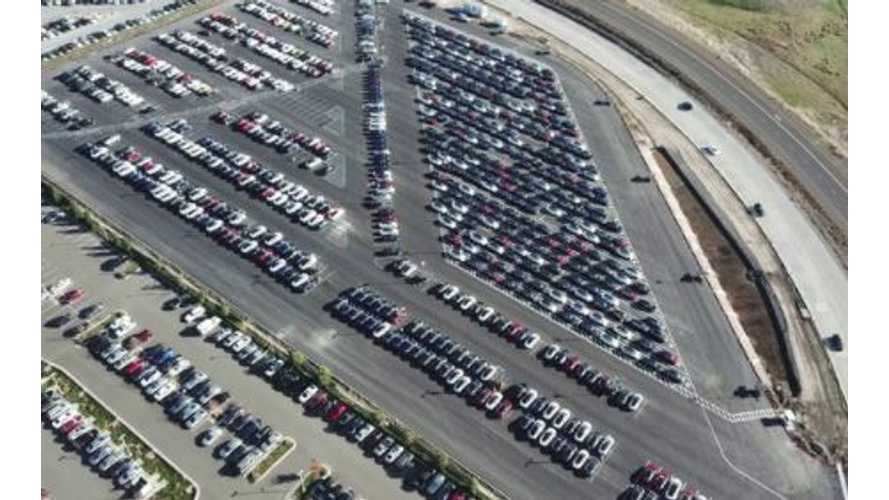 The surge is surely coming soon.

I said I'd do a drone flyover, so i did.

Looks like old S/X buffer is now cars being prepared for shipment, there are def. 3's mixed in there. (most had white protective wrap) wile the "model 3" buffer near the freeway is Fremont/bay area delivery with no protective wrap (and def. had some S and X in it). Plenty of 3's visible.

Also there is a yard with some prototypes or training vehicles or something under wraps and out in the open in one of the shots. Site was incredibly busy today, tons of trucks arriving and leaving the logistics hub near the S/X buffer.

And here are those still images, via Imgur: