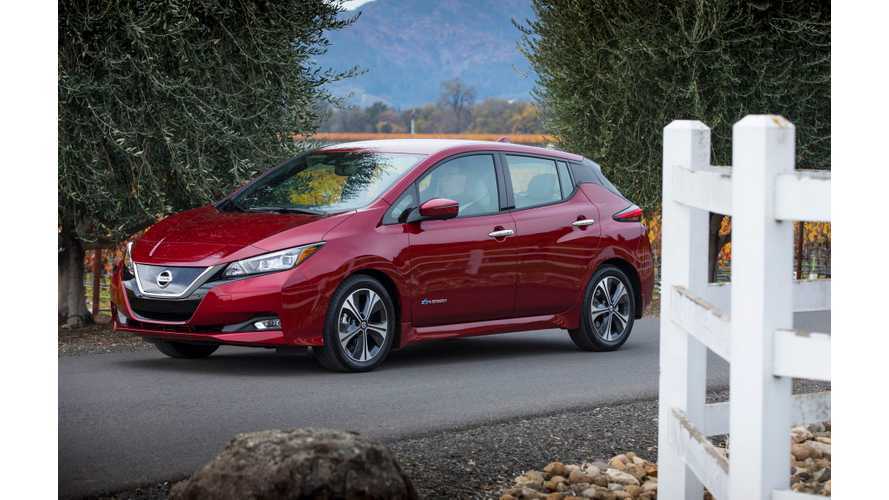 The 2018 LEAF has yet to hit showrooms in Europe, but even without test drives, direct consumer advertising or promotions, Nissan has already received 10,000 orders!

With 10,000 orders already placed in the first two months since the books were opened, then at least a couple thousand more should be logged before the first delivery.

Nissan says the 10,000 orders marks strong and consistent demand across its European markets, which means that there are significant contributions from at least several countries.

"As the global leader for electric vehicles, Nissan is well-placed to judge the customer reaction towards the forthcoming launch of its pioneering, all-new LEAF EV.

Back in 2010, when the first-generation LEAF was introduced in Europe, most competitors were sceptical towards this Nissan innovation. They continued their focus mainly on internal combustion engine improvement.

Fast forward eight years. Consumers’ understanding and appetite for electric vehicles has been transformed, with demand experiencing a five-fold increase since 2012. Now the vast majority of car brands are developing their own first-generation EVs.

At the same time Nissan has built upon the experiences and feedback of 83,000 LEAF drivers to develop a brand new vehicle.

That car – the all-new Nissan LEAF – has received unprecedented interest from customers since its European unveiling in October 2017. In two months, 10,000 have been ordered across the region and growth is expected to increase as the vehicle starts to hit showrooms from February 2018.

At the same point back in 2010, orders for the original LEAF could be counted in the hundreds as customers were presented with this new and exciting – but still unproven – technology."