AMG Project One PHEV May Become Fastest Nurburgring Car Ever 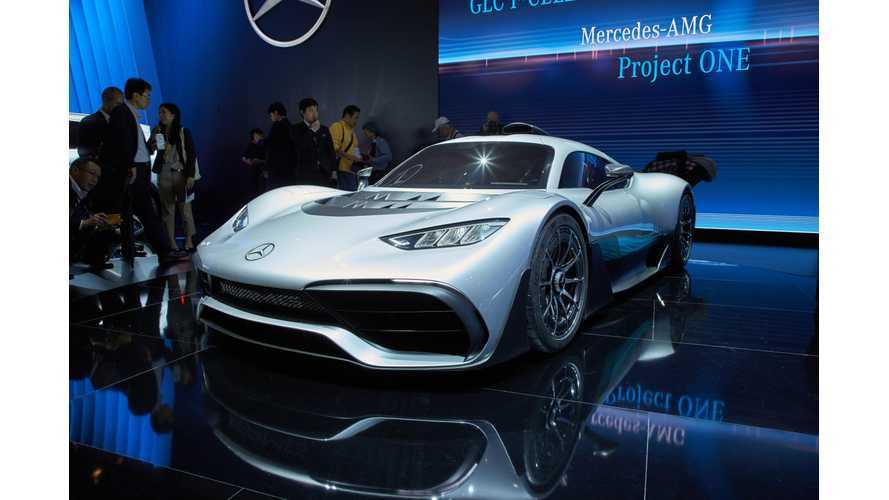 With a high-powered hybrid powertrain, and a Formula 1-inspired design, there’s no question that the new Mercedes-AMG Project One hypercar will be quick. Question is, just how quick will the expensive two-door be around the famed Nürburgring race track? If you ask AMG boss Tobias Moers, he thinks it could be one of the fastest cars to ever lap the Green Hell.

By the Numbers - Mercedes-AMG Project One – “Under The Microsope”

In an interview with Autocar at the Geneva Motor Show, Moers suggested that "it's reasonable to speculate" that the Project One could be the fastest car to ever lap the ‘Ring. Ever. Faster even than the 6-minute 11.13-second lap set by the Porsche 956 race car in 1983 with Stefan Bellof behind the wheel. And faster still than the production Porsche 911 GT2 RS, which did it in 6 minutes 47 seconds last year.

The most important thing would be "finding the right driver," said Moers. But even with a novice, it makes sense that AMG believes the Project One could be in the running for fastest production lap ever. The car generates around 1,488 pounds (675 kilograms) of aerodynamic downforce at speed, the entire vehicle will tip the scales at somewhere between 2,866 lbs (1300 kg) and 3,086 lbs (1400kg) when produced. The only vehicle that could give the Project One a serious run for its money would be the new McLaren Senna, which can produce a whopping 1,764 lbs (800 kg) of downforce at 155 mph (250 kph).

Where the Project One excels is in power. Under the hood is a 1.6-liter turbocharged V6 paired to four electric motors. Total output will be over 1,000 horsepower (745 kilowatts) – closer to 1,100 hp (820 kW) – and power will be sent to all four wheels via a quick-shifting automatic gearbox. Top speed is listed at 218 mph (350 kmh).

Just 275 examples of the Project One will be built, each at a cost of around $2.6 million. Of course, every example has already been accounted for. Don’t expect to see the Project One on the road until at least 2019, when first deliveries will begin.