Infiniti To Debut Performance EV At In Detroit This January, Arrives In 2019 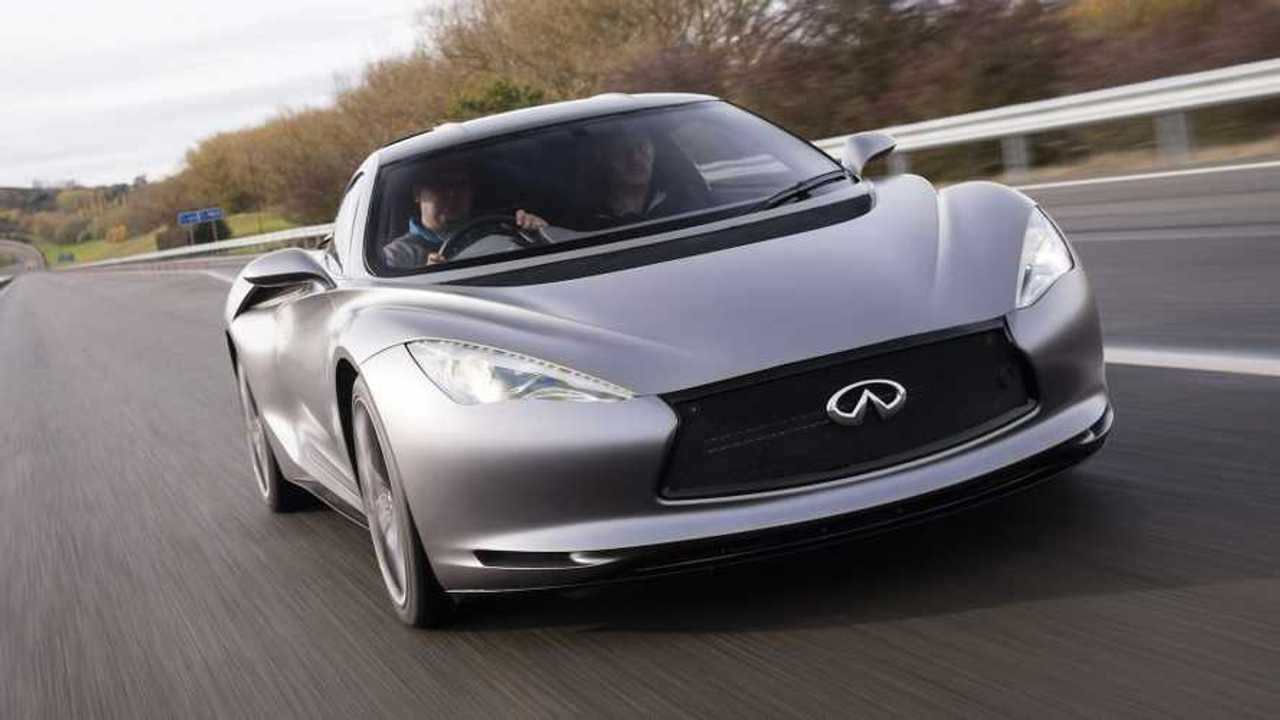 Stop us if you have heard this before, a new all-electric EV is coming to the Infiniti.

However, unlike the Nissan LEAF-based, suped-up Inifiniti LE from a ~six years ago (that was seemingly cancelled and re-started a half-dozen times...much to our annoyance), Autocar reports that Infiniti design lead Alfonsa Albaisa says it will be different this time.

Specifically, that this new Infiniti EV will be a performance-based model, and that it will not be a derivative of the LEAF, but instead will be an all-new vehicle, on a new platform.

The original Infiniti LE was promised for production, but plans quickly changed when the EV adoption rate/sales didn't go 'quite as planned' at the start of this decade

The concept model is set to debut at this year's Detroit autoshow (NAIAS) in January.  And unlike with the former Infiniti LE, this new EV will see actual production in 2019.

Interestingly, these comments came from Albaisa during Monterey car week, where Infiniti was debuting its all-electric Prototype 9 heritage race car.  Somehow the design chief said that we would see “parts of the car (the Prototype 9) in a difference context” in the new concept car - but we have to believe most of those parts will be of the unseen/inside variety.

We have already heard rumors of this car earlier this year, as Infiniti President Roland Krueger had previously told Autocar that he had taken an Infiniti all-electric prototype for a spin, and that it was "very good", adding that "we want it to have a unique Infiniti driving experience."

Hopefully we will see a lot of the original Infiniti EMERG-E concept styling, with some Protoype 9 thrown-in... and none of the new 2018 Nissan LEAF or 2012 Infiniti LE (all of which are show in the gallery below).