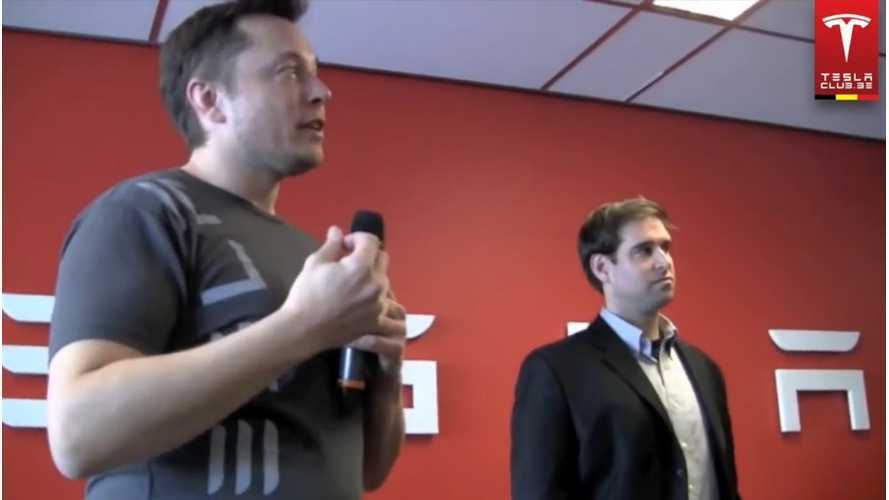 Renowned mutual fund manager and investment icon Ron Baron of Baron Capital is well-known for his conservative, long-term approach to stock picking over his 46-year career. He's been compared to Warren Buffett (both for his investing style and outstanding track record) and recently created a bit of a stir when he predicted Tesla stock could hit $1,000 by 2020.

Baron Funds second quarter commentary (via Valuewalk) includes a letter from Ron Baron highlighting some fascinating insights surrounding Tesla. To understand businesses, Baron notes the importance of, "the individuals who lead those businesses; and of the character and talent of the individuals... In the end, we think it’s all about people." Baron cites an unnamed Tesla executive who told him, "It is amazing to me how little most people know about Tesla."

Baron explains, "Few institutional investors have met with Elon and JB. Fewer still, we’re guessing, have met with the co-founder’s teaching instructor at Stanford. We believe fewer and fewer in the investment industry are performing even the most basic research on businesses... Our meeting with Dr. Yadigaroglu is one example of Baron Funds’ differentiated primary research approach."

So who is Dr. Yadigaroglu? Baron elaborates:

"As part of our ongoing effort to gain further insight into Tesla’s prospects, we recently met with Dr. Ion Yadigaroglu, a venture capitalist. Ion is an engineer with a doctorate in physics from Stanford. Ion has been programming since he was eight years old! Ion’s dad is a prominent nuclear scientist. So much for Ion’s creds. When Ion studied at Stanford graduate school, his roommate founded eBay. Ion’s $1,300 investment in the eBay startup became worth millions. In 1992, at the dawn of the Internet, Ion met Elon Musk. Elon had come to Palo Alto to research battery technologies in Stanford’s labs."

Furthermore, it turns out that, "while at Stanford, Ion was the teaching instructor for JB Straubel, Tesla’s CTO and chief engineer. Ion believes JB and his team are better at battery technology than anyone else. It was lucky for Ion that he met both Elon and JB. Ion invested in Tesla when it was just beginning, and so far has made a lot more than he did in eBay. After meeting Ion, we concluded it was lucky for Elon and JB they met Ion as well."

In studying Tesla, Baron also points out parallels with SpaceX. SpaceX, as Musk had originally envisioned it, has been able to reinvent the aerospace industry by reducing costs and, ultimately, saving millions with its reusable rockets. Baron reminds us, "Elon Musk’s SpaceX were awarded contracts to design, build, and fly new spacecraft to ferry U.S. astronauts to the International Space Station (ISS)... The cost of commercial flights to the ISS will be a fraction of the cost of previous government flights, in part because rockets will be reusable."

Similar to SpaceX, Musk's emphasis on driving down costs remains mission critical at Tesla. Baron notes, "Despite Tesla’s requirements functional design resulting in minimal waste, it often obtains better pricing for outsourced parts than its competitors. We believe its parts vendors try to accommodate this unique and fast-growing company because they think Tesla’s engineering skills and designs will make them better suppliers! Further, since Tesla can insource production, it has the advantage of knowing exactly what a product should cost and how to produce it."

And, according to Baron, GM is now following Tesla's lead on this front. He notes that "Mary T. Barra, General Motors’ CEO who has been trained as an engineer, has instructed her supply chain to 'use Tesla suppliers…even if they cost more!' Her rationale is that despite incurring higher costs to build a car, maintenance and warranty costs will be lower; car safety will be improved, and GM’s reputation will be enhanced." That said, it might be worth pondering whether or not this move was executed strictly for reasons Baron stated in his letter — after all, GM has a tense, and sometimes adversarial, history with Tesla.