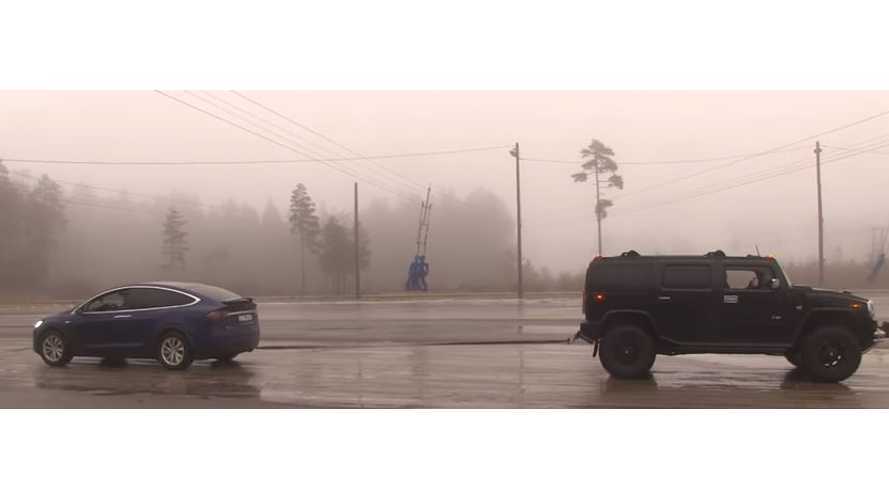 It appears that Bjørn Nyland really wants to solidify the fact that his job is pulling fossil cars.

We have yet another Tesla Model X (Optimus Prime) tug of war video. This time, Nyland attempts to outmatch an EPA favorite, the Hummer H2.

In all honesty, the EPA didn't even analyze the 2003 H2, although various sources put it at a whopping 10-12 mpg. Comparing the 2016 Tesla Model X P90D to 2006 Hummer H2 (which is the first year the EPA reported H2 figures and is more efficient than the 2003 model) on the EPA's website reveals a savings of $8,000 a year by choosing the Tesla over the Hummer.

As you can see, this footage was filmed at the site in NAF Trafikksenter, Våler, Norway. Did Nyland get Optimus Prime repaired in a record-setting five days?

Perhaps he abused the Model X with a bunch of different games of tug of war prior to beating it up on the track. How much more abuse can this Tesla endure?

Anyhow, have a look at how the Model X fares in a series of different tug of war matches.

I challenged a Hummer on my last video. And then a guy showed up with his Hummer H2. It was a good fight.