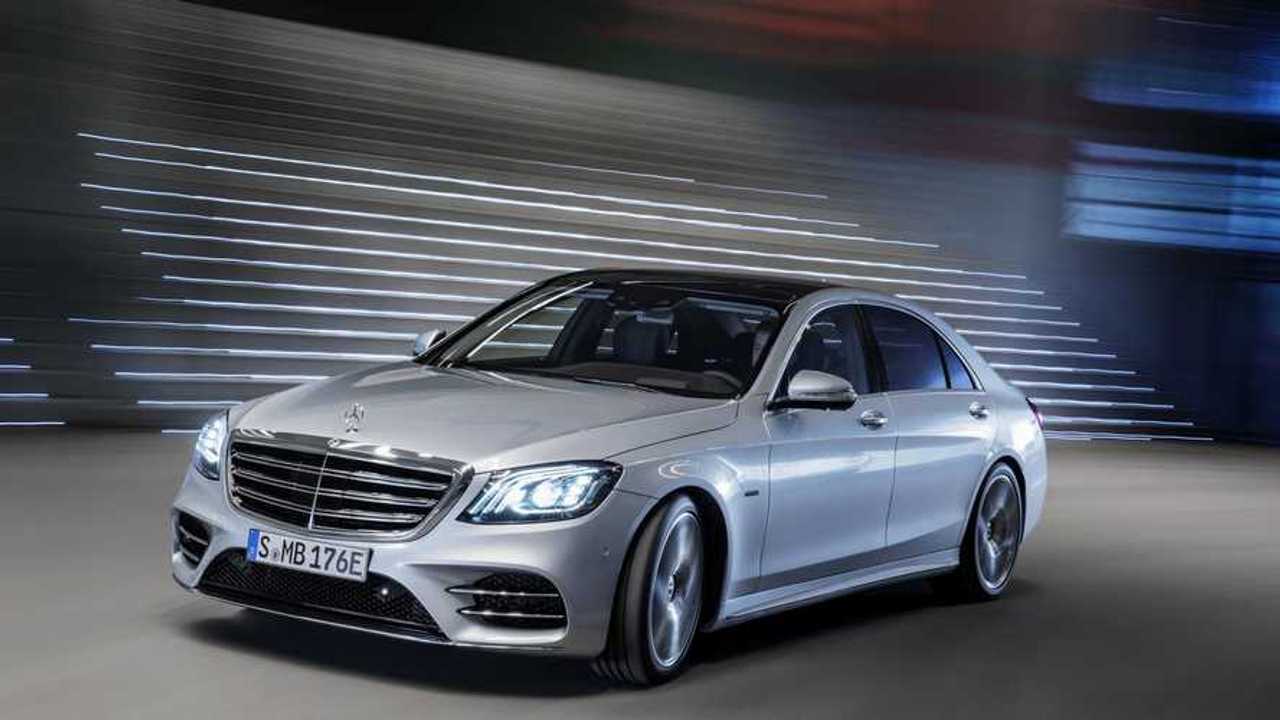 The PHEV luxury sedan will still accelerate to 60 mph in a fairly quick 4.9 seconds.

Customers in the United States looking to combine luxury and efficiency in a single vehicle will have a new option in mid-2019 when Mercedes-Benz will add the plug-in hybrid S560e to the brand’s lineup in the country. According to the automaker, it’ll carry an estimated all-electric range of about 25 miles (40 kilometers) on the US/EPA test. For comparison, the far more lenient NEDC evaluation puts the electric driving distance at about 31 miles (50 kilometers).

Mercedes builds the hybrid components into the nine-speed automatic gearbox, and the entire powertrain now fits under the hood, which frees up cargo room in the trunk compared to the previous PHEV S-Class. A 13.5 kWh lithium-nickel-manganese-cobalt battery (Li-NMC) feeds power to the electrical portion of the powertrain.

To maximize efficiency, the S560e analyzes navigation data, traffic signs, and the inputs from radar and camera sensors. Depending on this information, the powertrain decides the best times to enter the coasting mode. In addition, the accelerator pedal has variable resistance that indicates to the driver when the drivetrain would activate the internal combustion engine, which makes it easier to use the electric motor as much as possible.

The S560e will come standard with some extra equipment that will also make the most of the hybrid powertrain. For example, owners will be able to pre-set the climate control so that the cabin is the right temperature before setting off. This will even include toggling the settings for the heated steering wheel and seats.

As it'll be roughly 1.5 years or so before the S560e will be on sale in the U.S., Mercedes will hold off releasing details like the price and EPA fuel economy until closer to launch.