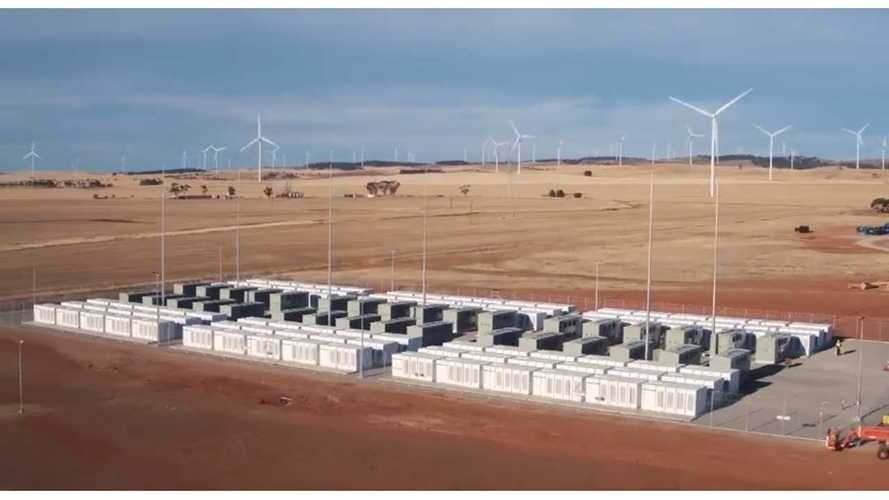 The world's largest energy storage of 100 MW/129 MWh in South Australia, called the Hornsdale Power Reserve, is guarding frequency of the electric grid, even when something happens 1,000 kilometers away.

RenewEconomy describes a recent situation when one of the biggest coal units in Australia, Loy Yang power plant, tripped without warning. The 560 MW plant began losing power quickly and when frequency decreased to 49.80 Hz (from nominal 50.00 Hz) Tesla powerpacks began to pump more power - 7.3 MW was added in milliseconds.

The power injection was too small to replace the missing coal unit, but quick response helps to arrest frequency drop as other blocks or generators need seconds to increase power or fire-up.

Gladstone 1, a contingency FCAS supplier, hopped in at 1.59:27. Loy Yang was down to 44MW by then and completely gone in the next 4 second period."

A few days later, the other unit of the same power plant Loy Yang tripped and the Tesla ESS sent 16 MW to maintain frequency.

"Latest update: Oops, it happened again! The Loy Yang A number 1 unit, which had been out for maintenance and repairs since tripping in early November, returned to service on Friday morning, and then tripped two and a half hours later.

Again, the Tesla big battery repeated its dose of last week, hopping in with a milli-second respond to help arrest the fall in frequency caused by the sudden loss of 353MW of capacity.

This time, the battery injected 16MW for frequency control before returning to take advantage of the price spike caused by the sudden loss of capacity (prices jumped 50 per cent to $119/MWh).

Again, as we wrote on Thursday, it’s time for the regulators to catch up and actually create a market for Tesla big battery and others like it. That’s the fifth trip of a major coal unit in the past week!"

How cool is that!