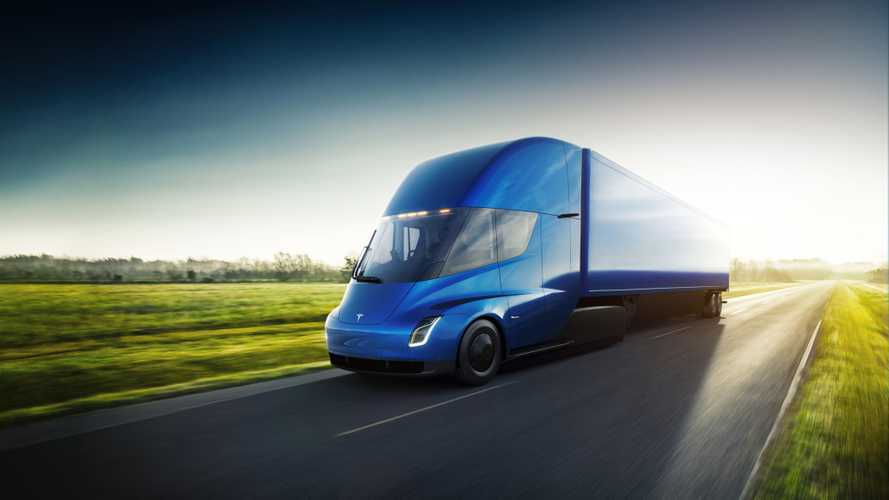 The delivery company expects that the new electric tractors will improve safety and reduce costs of ownership, as well as enable reduction of emissions.

"UPS has provided Tesla real-world UPS trucking lane information as part of the company’s evaluation of the vehicle’s expected performance for the UPS duty cycle. UPS frequently partners with suppliers of emerging vehicle technologies to help them develop solutions that prove ready for stringent UPS use-cases.

Tesla’s Semi tractor claims up to 500 miles range on a single charge, an unparalleled cabin experience for drivers, enhanced on-road safety and significantly reduced long-term cost of ownership. Safety features include: automatic emergency braking, adaptive cruise control, automated lane guidance, and brake-by-wire and steer-by-wire with redundancy. Tesla’s driver-assistance features have been found by the U.S. government to reduce crash rates by 40%. Tesla expects to begin production of the vehicles in 2019 and UPS will be among the first companies to put the vehicles into use."

“For more than a century, UPS has led the industry in testing and implementing new technologies for more efficient fleet operations. We look forward to expanding further our commitment to fleet excellence with Tesla. These groundbreaking electric tractors are poised to usher in a new era in improved safety, reduced environmental impact, and reduced cost of ownership.”

More about the UPS approach:

"UPS’s preorder of Tesla vehicles complements and advances the company’s overall commitment to reduce its absolute greenhouse gas (GHG) emissions from global ground operations 12 percent by 2025, a goal developed using a methodology approved by the Science Based Targets initiative.

UPS has established a goal for 25 percent of the electricity it consumes to come from renewable energy sources by 2025. In addition, by 2020 UPS plans that one in four new vehicles purchased annually will be an alternative fuel or advanced technology vehicle, up from 16 percent in 2016. The company also set a new goal that by 2025, 40 percent of all ground fuel will be from sources other than conventional gasoline and diesel, an increase from 19.6 percent in 2016.

UPS also operates one of the world’s safest commercial fleets, investing more than $194 million in global health and safety training in 2016. The company continues to install in-vehicle collision mitigation technology for its class 8 fleet.