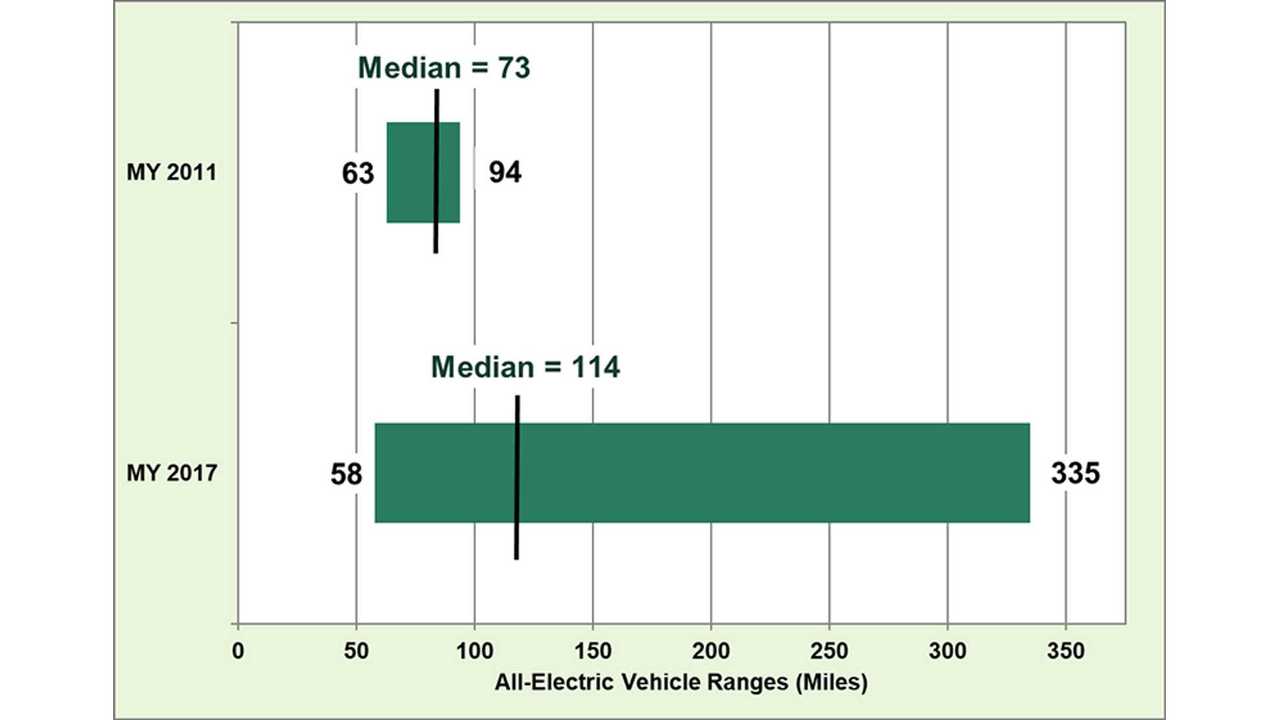 Electric vehicles improve every year, and the range is higher in new models by a significant amount (on average) from 2011 to the 2017 model year.

The US DOE’s Office of Energy Efficiency & Renewable Energy discovers that in 2011 all-electric cars were rated by the EPA between 63 and 94 miles, and the median range was 73 miles.

The median is the value separating the higher half of a data sample, from the lower half.

Note: Median is based on the models listed in the supporting data spreadsheet; some of these AEV models are available with different battery capacities/body styles, which have shorter ranges.