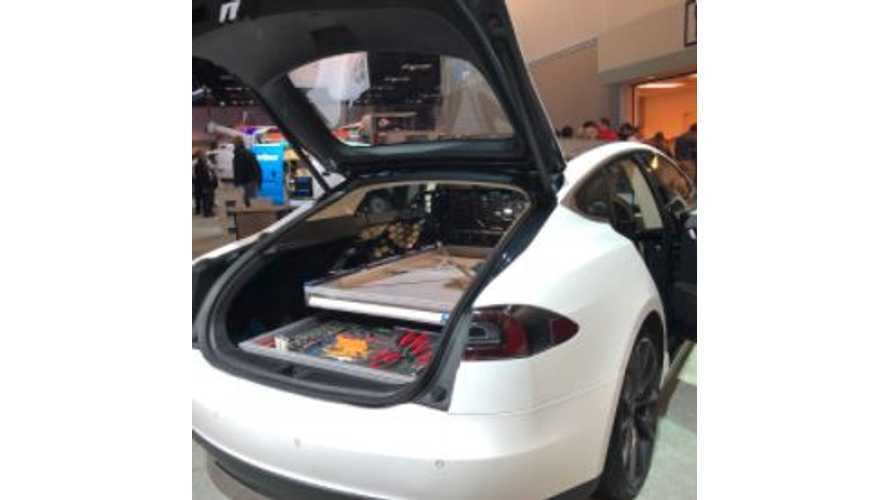 It's official, the Tesla Model S service vehicle has arrived and will be used by the automaker's mobile "ranger" teams.

Not long ago, we reported that Tesla was finally going to retrofit Tesla Model S and X vehicles to be used for its Mobile Service. Currently, the service vehicles are ICE Ford Transit Connect cargo vans, which really doesn't go with the company's vision. One would assume that once the smaller Tesla Semi and pickup truck are available, these vehicles may be used for mobile service.

Tesla Rangers to the Rescue!

Jon McNeill, Tesla’s former President of Global Sales and Service, shared in the past:

“We didn’t think that it was very cool to show up to fix an electric vehicle with a combustion engine van. It really bugged us. Some really savvy technicians on our team figured out how to retrofit Model X to fit all the tooling and parts needed to do service.”

In the interim, we are now sure that a Model S will be used, though we've yet to hear about a Model X. The Drive stumbled upon the specific Model S service vehicle at the recent Work Truck Show in Indianapolis, Indiana. Initially, there was no confirmation that the S would be an official Tesla service vehicle, however, the publication was able to speak to a Sortimo rep for details. The Drive explained:

"Sortimo is a rack and organizational company (what we call an 'upfitter' here in the U.S.) headquartered in Germany that together with Knapheide create high-quality truck bodies and upfits for fleet vehicles, i.e. trucks for utility crews, phone companies, etc. This time, the Tesla Model S had its doors and hatch wide open.

According to a Sortimo spokesperson, the Tesla Model S that stood before my eyes will serve as the American automaker's service and repair vehicle. In a nutshell, it will be driven by Tesla employees or contractors to customers' homes where other Tesla vehicles need service or repair."

The modified .@Tesla Model S is equipped with a tool and parts rack, as well as an air compressor and other equipment. https://t.co/79uR4VaLKT

According to The Drive, the company did a stellar job with the modifications. The new, two-seat service vehicles feature a large toolbox, shelving, a workbench, storage "cubbies," an air compressor, and two charging units for battery-powered tools, among other items.

To see the Drive's additional Tesla Model S service car photos from the recent Work Truck Show, follow the link further down below.