Watch Bollinger B1 Boogie On The Track, Get Technically Animated 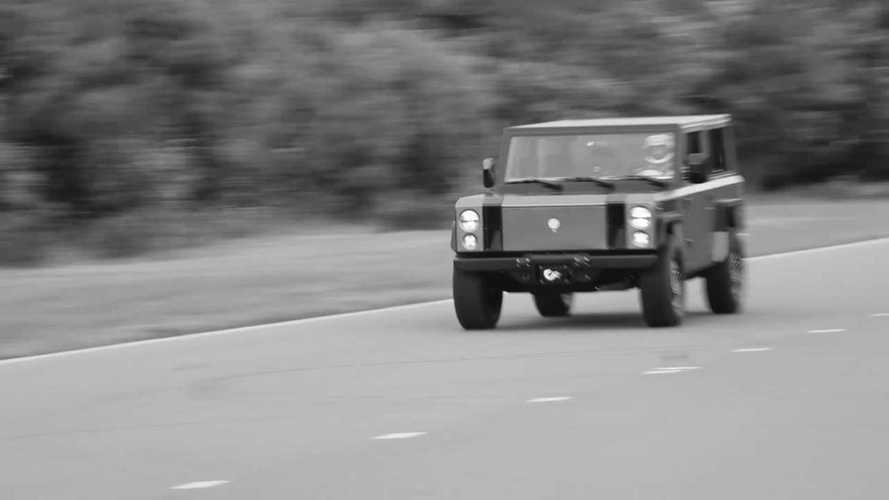 Maybe it's hip to be square after all.

Any excuse to talk about the super square, hyper utilitarian Bollinger B1 is a good excuse.  A pair of videos demonstrating the vehicle at speed might be the best excuse. In fact, the only way to top that would be to add a third video that animates the B1 being assembled from the ground up. If you feel the same, then today is your lucky day.

The Bollinger crew took its prototype to the New York Safety Track in Harpersfield, New York and let it stretch its considerable legs on the 2.1-mile circuit. We love this thing, despite its brick-like aerodynamics, but it helps knowing that its shape doesn't seem to slow its hustle much. Despite its bulk and mud-terrain tires, it seems nimble enough to handle the highway as well as it might a low-speed trail through the woods. We only wish we could hear more of the motors and other natural noises, but essentially, this is marketing material so there's music laid over everything.

After watching the two racetrack clips, make sure to scroll down for a cool-down lap: a two minute, twenty seconds animation that builds the case for this all-electric sport utility truck by tearing it down to its aluminum frame and building it back up again, showing how the various components fit within the chassis, along with lots of eye-popping technical numbers. Four-stage, two-speed helical gear reduction? Yeah, baby!