Volkswagen e-Golf Will Die Off When New All-Electric I.D. Launches In 2020 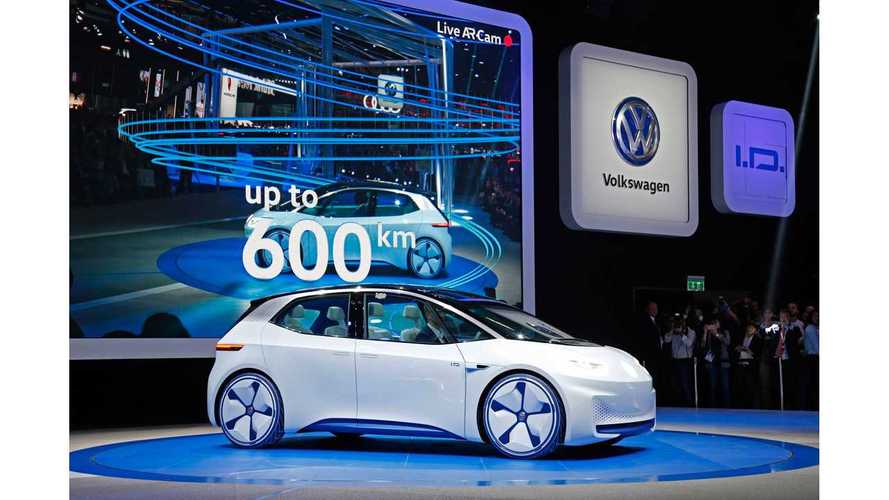 For quite some time, Volkswagen has offered all-electric cars in form of factory conversions - specifically, the e-Golf and e-up!

In the future, EVs will switch to their own proprietary MEB platform.

This future dedicated platform will enable VW to build better electric vehicles (with ranges range of up to 400-600 km / 250-370 miles NEDC). However, the German manufacturer got off to a slow start, and still needs a bit more time for R&D - apparently up until around 2020.

When the first compact I.D. model comes to market in 2020, the old e-Golf instantly becomes obsolete, as the e-Golf would not be a competitive offering, with all its batteries stuffed wherever the ICE platform allows, especially when the ultimate solution is a flat battery sandwich on the floor.

To that end, the current generation e-Golf will be the last, as the new eighth generation of the model is destined to be only for internal combustion engines.  A separate version for a plug-in hybrid option is still on tap.

“It won’t have an e-Golf because we will stop electrification of next generation Golf at plug-in hybrid...if you look at the battery pack of the MQB it is distributed everywhere. It looks fantastic, but it looks not very optimal,” Jürgen Stackman, board member and head of sales and marketing told Drive.

Introduction of the production I.D. is apparently is scheduled month after the MK 8 Golf debuts, for those who are interested in an all-electric power-train, without compromises.

Stackman further explained to Drive that "the company’s top-selling Golf range is set to roll over to a new model generation in 2020 and just one month later, the first of Volkswagen's crucial new family of electric vehicles, the I.D. hatch, will follow.

“There is going to be an extremely strong new Golf 8 coming, it will launch just a month ahead of the I.D. We believe that they both stand on their own feet, in their own rights.” Stackmann said, at last week's Frankfurt Motor Show."

Prices of the I.D. compact BEV are reported by the company to start at Golf Diesel (if there will still be some Diesel) or higher trim petrol versions.