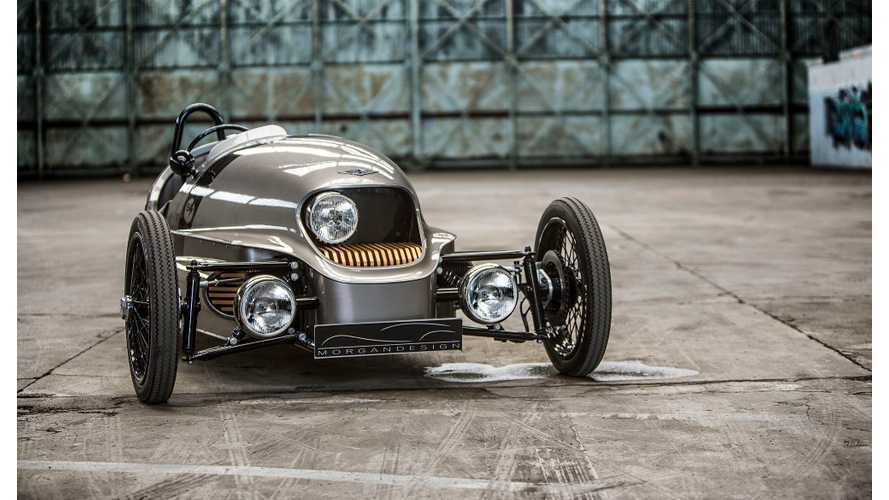 It's coming! For real, this time.

Fans of electrified automotive anachronisms rejoice, there is news of the Morgan EV3! If you are unaware of this particular and peculiar vehicle, a quick explainer.

The Morgan 3 Wheeler is a gas-powered runabout that holds a significant place in the hearts of automobile enthusiasts, what with its frame of ash and throbbing two-cylinder engine lashed to the front bumper, its persistent bleating a protest to modernization. Originally produced between the years 1932 and 1952, a mechanically updated version was brought back to showrooms in 2011. Sometime thereafter, a variant more suited to the 21st century was promised: the battery-powered EV3.

After sharing its electric prototype with the world, the storied company officially launched the production version in 2016, but despite announcing a working partnership with Potenza Technology Ltd. and  reports of a limited edition of the roadster coming to market, it seems the program had stalled. No word of customer deliveries or other news has emerged in the following 17 months. Until now, that is.

Today, Morgan is announcing that it is teaming with Frazer-Nash Energy Systems to get production started in the third quarter of 2018 at its Pickersleigh Road factory. This new partner will supply an "all-new architecture" composed, in part, of a liquid-cooled 34.8 kW (41.8 kW peak) motor paired with a 21 kWh lithium battery that will provide increased torque, which will boost acceleration. Previously, a 0-to-60 time of "less than 9 seconds" had been disclosed, so we assume this is the benchmark being improved upon.

In a bow to modernity the car will feature bodywork made of newfangled composite panels for added lightness, as well as a fast charging system. Other specs given are similar to those originally circulated — an 83 mile-per-hour top speed and a range of 120 miles.

The price of the Morgan EV3 is still unknown. The company tends to be coy about this aspect of its vehicles. We'd suggest, though, if you have to ask, you probably have more important things to spend money on. Still, we think it would make a most welcome addition to the InsideEVs garage.