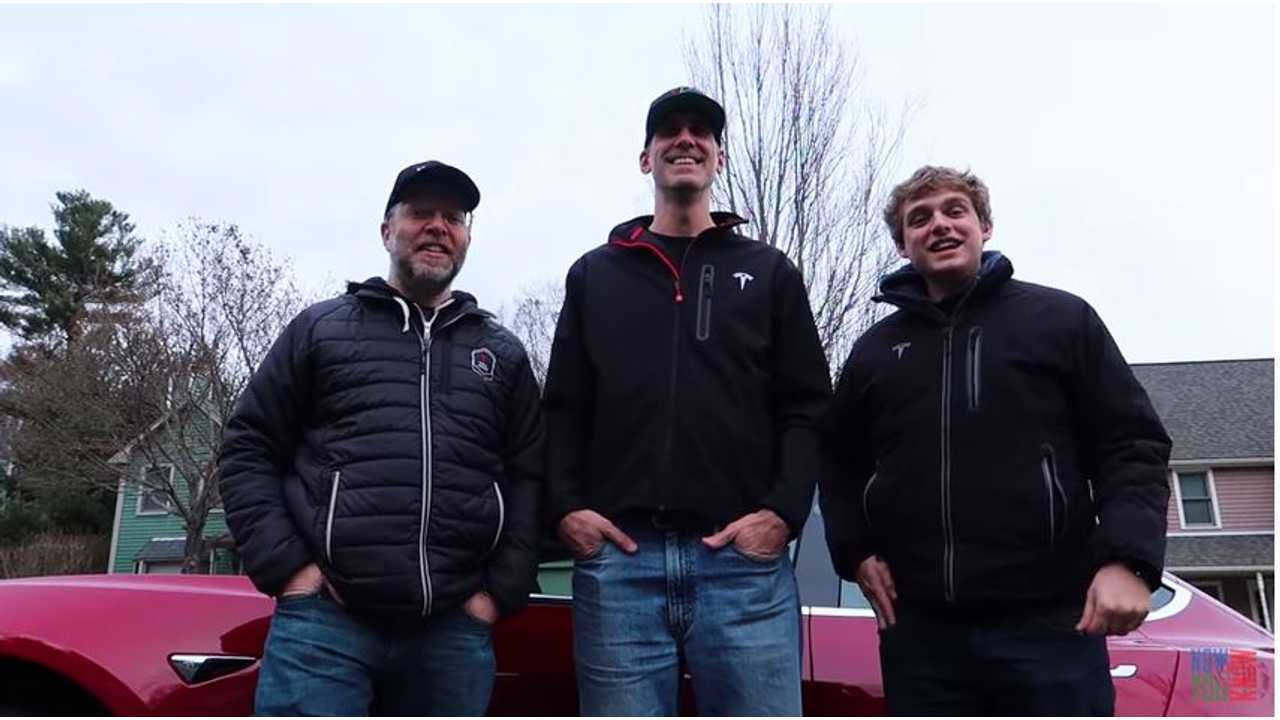 Now You Know these guys can put together their own Tesla Model 3 Christmas song, but what about fitting the tall guy in Tesla's new "little" car?

We've been told time and time again that the Model 3 has impressive interior dimensions even though it's a smaller car. InsideEVs has now had a few opportunities to ride in and/or drive one, and we can say that there's plenty of room. Honestly, none of us played center for the high school basketball team, but the point is, the average person isn't going to be cramped in this sedan.

Tesla vehicles are known for their open space. The Model S is often lauded for the fact that it drives like a sports car, yet it can accommodate up to seven passengers, or five passengers and a considerable amount of cargo.

Popular YouTubers, Now You Know, set out to find out exactly how a tall person might fare driving the Model 3, as well as taking a ride in the rear seats. Their friend, Jeff, measures 6'7'', which makes him the perfect candidate. He also owns a Model S, so he has grounds for comparison. Jeff notes that he has to duck to enter his Model S, though he can get in and out of the Model 3 with ease.

Additionally, with a "normal-sized" adult passenger sitting up front, Jeff has legroom to spare in the back seat. Though his head is fairly close to the glass roof in the rear, he still has a few inches of clearance.

On the fourth day of Model 3 St. Nikola gave to me... Seating for Tall People!!!! Join Zac and Jesse in their 12 days of Model 3 series, where they show you 12 cool features of their brand new Model 3! Stay tuned for more videos every other day by subscribing! Please consider supporting us on Patreon. We have some pledge rewards you may be interested in, so go check that out. Now You Know!