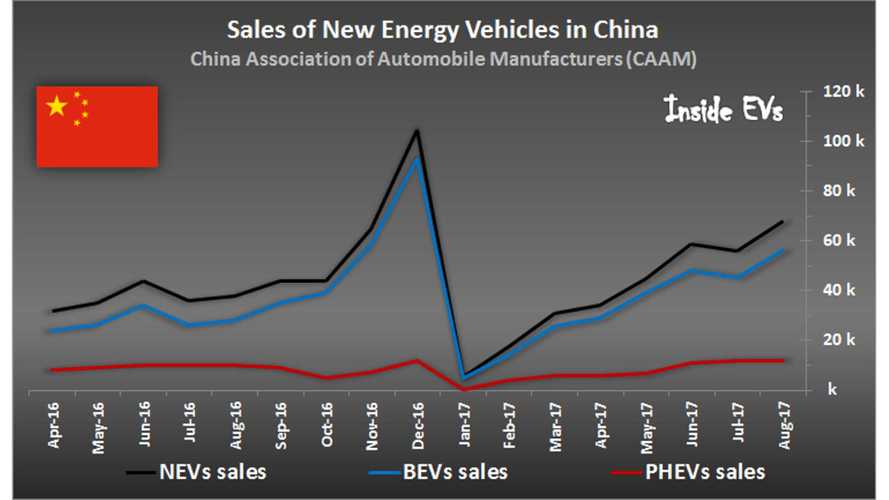 Sales of New Energy Vehicles (aka plug-in vehicles) have continued their upward trend in China, setting a new record high for the month of August.

This of course includes all kinds of road legal vehicles with a plug-in powertrain (for example buses), but the vast majority are still passenger light vehicles.

All-electric vehicle sales accounted for around 82% of sales results in China in August, and roughly the same for the first eight months of the year.