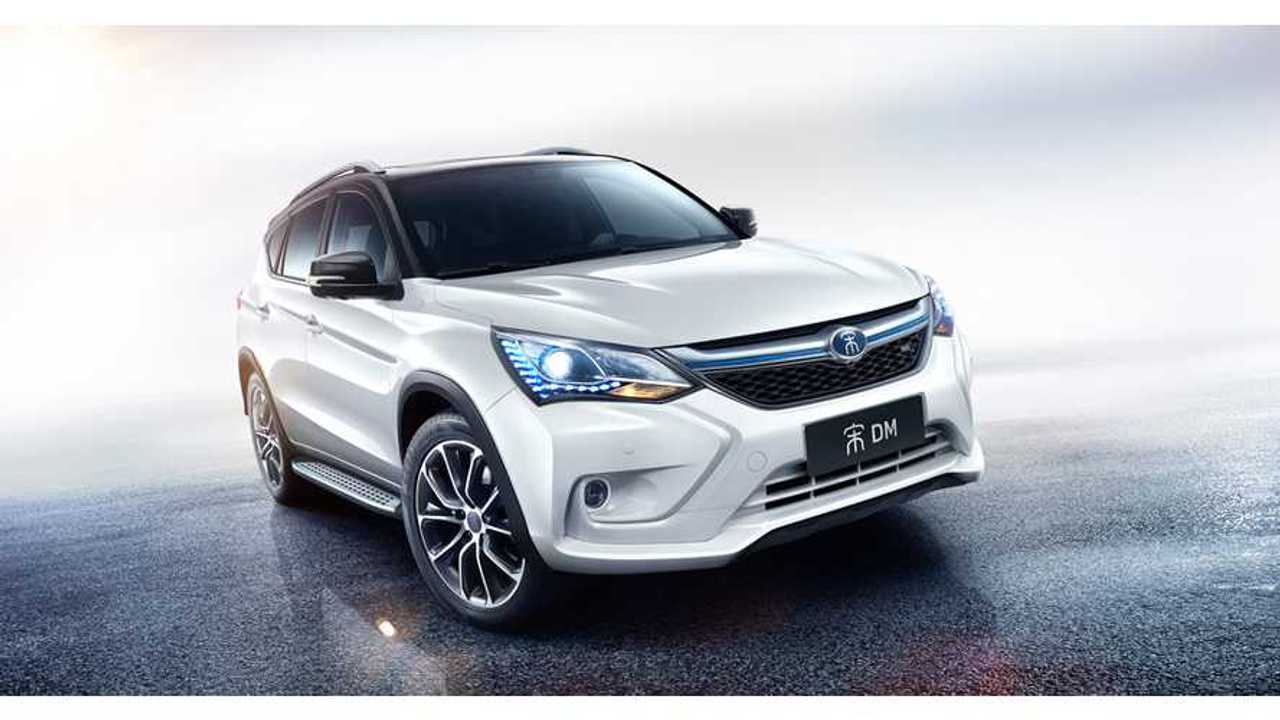 BYD continues to set the plug-in vehicle sales bar for other manufactures to strive for, as once again in August the OEM sold ~11,000 EVs, eclipsing the 5-digit level for the 3rd month in a row.

Tracking the numbers from China can be a tricky task, especially when the numbers provided by the manufacturer (on the right) differs by few percents with the general ChooseAuto stats, that for some reason doesn't tally the new Song PHEV/EV300.

Nevertheless, we still get a pretty accurate read on the model-by-model success of the brand.

Currently, the growth year-over-year is just a handful of percentage points, despite two new versions of the Song model on the market.

However, considering the serious wounding the Chinese government put on all EV makers in Q1 with its "red-tape" confusion over incentive eligibility (see above chart), getting into the black in August for 2017 proper was still fairly impressive.

The new Song plug-in accounts for nearly 58% of all Song sales (5,434 PHEV and EV300 registrations) and nearly 50% of  the total BYD plug-in car sales for the month.

While the world's largest plug-in car market of China seems to be a good place to be, it can also be very competitive.

With BYD for example, we can how difficult it can be to stay on top;  just remember the company's Tang plug-in hybrid SUV that once peaked at 5,503 deliveries in December of 2015, has logged just 9,339 sales so far in 2017.

In other words, the market demand shift rapidly, and new/better products are constantly being demanded.