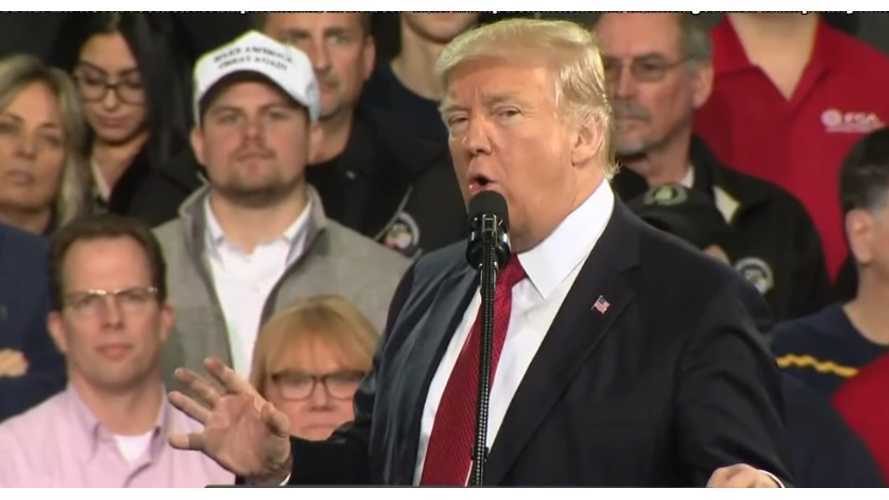 Tesla CEO Elon Musk is calling upon President Trump to put in place fair policies regarding automotive practice (mostly import duties) between the U.S. and China.

Musk is right here in saying that China makes it difficult for outside automakers to gain entry into the market, but we should note that this applies to all automakers, not just Tesla and not only to electric vehicles.

Tesla's sales are actually fairly strong in China, despite the added duties, so that's not the issue. What's at stake is Tesla's plan to open a factory in China, but to do so the automaker will likely be forced to sign a joint venture agreement with another automaker, a move it certainly isn't on board with.

"We raised this with the prior administration and nothing happened. Just want a fair outcome, ideally where tariffs/rules are equally moderate. Nothing more. Hope this does not seem unreasonable."

He even brought the Olympics into the mix:

"I am against import duties in general, but the current rules make things very difficult. It’s like competing in an Olympic race wearing lead shoes."

It seems unlikely any action will be taken by Trump on this topic, as it's been at a standstill for ages now, but with Trump's recent trade war actions, maybe now's the time to bring this back into the light.