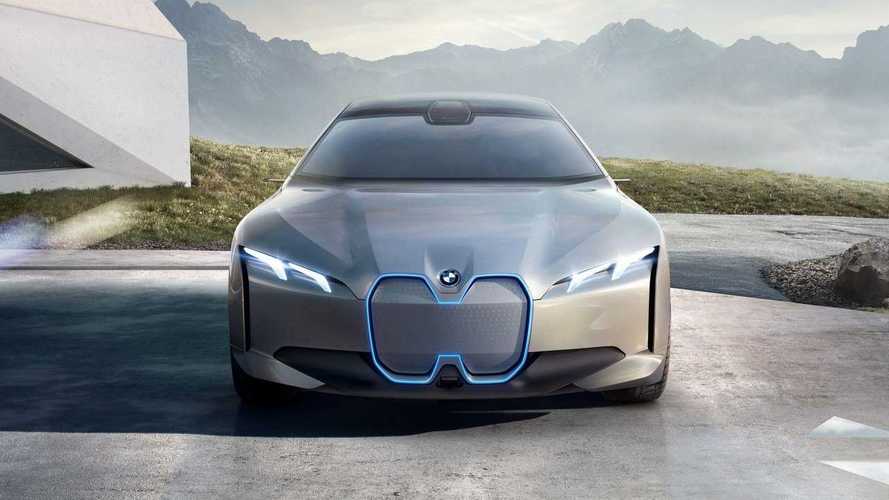 Who needs a twin-turbo when you can employ three electric motors?

Though we're sad it will be awhile, BMW will eventually switch up its performance cars to fully electric vehicles. The trend is toward electrification, and BMW would like to assure it leaves the other German automakers in the dust. Whichcar reports:

"Sometime by the middle of the next decade, the Munich brand's most desirable car is likely to be an EV that’s quicker than today’s BMW M5, with a greater driving range than the current Tesla Model S, and which looks like the i Vision Dynamics (below) concept revealed in Frankfurt last year."

As far as German luxury automakers are concerned, BMW has put itself out there more than others. Though the i3 isn't hugely successful, it's all-electric and appeals to a niche market. The company's i8 only has a handful of battery-electric miles, though it's really the only mainstream plug-in hybrid sports car on the market. Not to mention a growing list of plug-in hybrids that, as a whole, are netting quite a surge of recent sales success in the U.S.

“The trend towards e-mobility is irreversible.”

However, BMW has been calculated with its efforts, due to global governments being inconsistent related to adoption. The world isn't pushing EV deployment at any consistent pace, and for this reason, sales also vary drastically. Robertson continued:

“Governments have been inconsistent ... Global markets will continue to demand very different types of drivetrains for a long time to come."

Nonetheless, BMW is geared up to take on the challenge and move forward as soon as necessary. At recent Munich workshops, the automaker shared details of two of its future vehicle platforms; FAAR and CLAR. FAAR is small, front- and all-wheel drive (think Mini). CLAR is large, rear- and all-wheel drive (BMW large sedans and Rolls Royce). A BMW engineer promised:

“If the market wants it, we are able to deliver that with this modular kit.”

The iNext will be the first vehicle to arrive from one of the above architectures, with a goal for 2021. This car will likely be the first iVision Dynamics offering (which we now know as the i4).

The architecture will accept an ICE powertrain, plug-in hybrid setup, and battery-electric configuration. Though the ICE and PHEV vehicles will be primarily the same in structure, the BEVs will have to be able to accommodate a "skateboard" battery pack beneath the floor. BMW assures that their concept models have used 3D printing to assess the best way to make this happen.

The company believes that its synchronous, current-excited motor is a step above the competition. BMW is already touting sub-three-second zero-to-60-mph speeds and high top speeds. Another engineer remarked:

Let's hope that BMW can achieve its goals sooner rather than later.