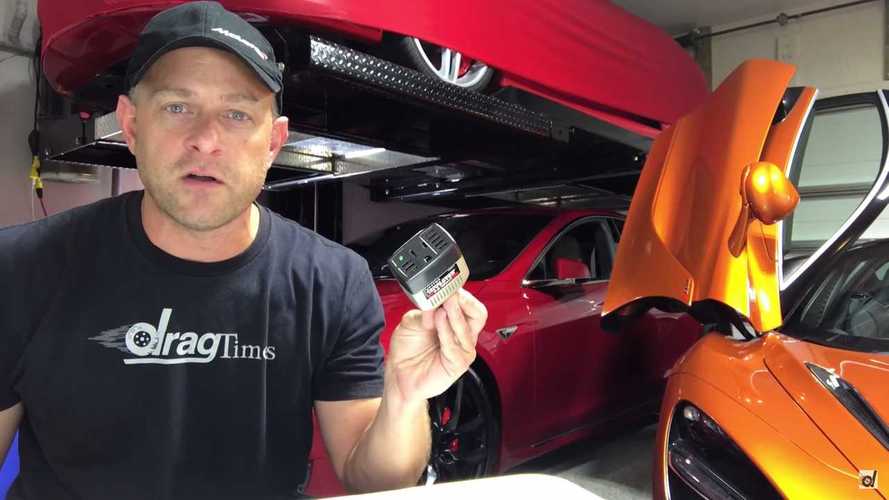 Camping mode is good for power emergencies too!

Hurricane Irma made her presence known in South Florida in a big way last week, leaving many without power for days. One of those was Brooks Weisblat, a serial Tesla owner probably best known for his Drag Times website. While he couldn't power his whole house with his car, he did manage to supply juice to a few devices using a small inverter and putting his Model S 100D in what the Tesla community calls "camping mode." As is his wont, he put together a quick video to demonstrate how this is done.

Basically, what you need to do is keep the car "idling." Unfortunately, there isn't a setting yet available to get a Tesla to do this — come on, Mr. Musk, the car camping crowd has been crying for this for a while — and so there are a number of steps you have to take to keep the car from shutting itself off after some time with no one in the driver's seat.

First things first, though: you need a DC-to-AC power inverter. According to Weisblat, you can pick one up for about $25. Plugged into the car's cigarette lighter, it's ready for an extension cord to be plugged into it. Of course, since the amount of power available here is pretty limited, you have to be careful not to plug in to many things or you risk blowing a fuse in the car.

To achieve "camper mode," the first thing Weisblat does is shut of unnecessary drains from the car like the climate control. One should also turn off the automatic wipers. Then he takes off the e-brake, and while holding the brake pedal, taps "the car is in park" message on the 19-inch screen, which puts the car in neutral. From there, he taps on "Parking Brake" on the screen to engage that function.

Now, the car will stay turned on, despite not having a person in the driver's seat. With that achieved, you can then put the car in range mode, which gives you the option of turning off the most obvious power drain: the headlights. Voila! You have achieved "camper mode."

With as much as 100 kWh of power stored in their batteries, Tesla vehicles have the potential to supply a lot more energy that what is available through just the cigarette lighter receptacle. Weisblat believes there may be away to tap into as much as a 2,500 watt supply and is actively researching the best way to do that. We suspect another video will be coming our way once that happens.