Mercedes-AMG Project One Successor To Be Pure Electric 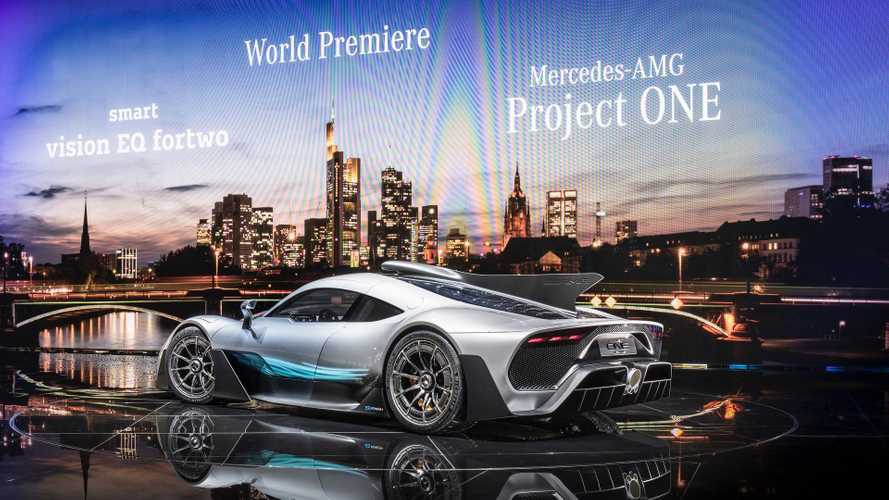 While the Project One uses F1-derived tech, its follow-up will take advantage of the firm's Formula E expertise.

The Project One is technically a near-production car and it won’t be until 2019 when deliveries will start, but Mercedes is eager to talk about what it has in tow at the top of the AMG food chain for well into the next decade.

The company’s boss and Daimler chairman, Dieter Zetsche, announced following the hypercar’s debut in Frankfurt that a follow-up will likely lose the combustion engine altogether to bank on the Formula E expertise.

2019 will be the year when the up-and-coming Formula E will open its doors for Mercedes, following what will be a withdrawal from DTM at the end of 2018. As for a new fully electric hypercar, it’s unlikely we will see it until 2025 or so and will take advantage of the knowledge gained in the all-electric series, much like the Project One uses a turbocharged 1.6-liter V6 engine part of a hybrid powertrain adapted from an F1 car - it also has a plug-in component that gives 24 km (15 miles) of all-electric range.

The fully electric performance model won’t actually be the first model of this type from Mercedes as the SLS AMG Electric Drive was introduced as a limited edition at the 2012 Paris Motor Show. It’s a rare sight on the streets these days considering fewer than 100 units were ever made of what used to be the fastest production EV at its debut and at the same time Mercedes’ most powerful car ever. The combined output of 751 hp (552 kW) is still impressive by today’s standards, but pales in comparison to the Project One and its monstrous four-digit horsepower.

As a final note, Mercedes is not the only high-end marque to analyze the prospects of an EV flagship performance car considering McLaren is allegedly working on an all-electric P1 successor slated to arrive after the P15 and the three-seater BP23, so likely after 2020. Meanwhile, Aston Martin and Red Bull Racing are preparing the Valkyrie, which just like the Project One, will demonstrate hybrids can be exciting.