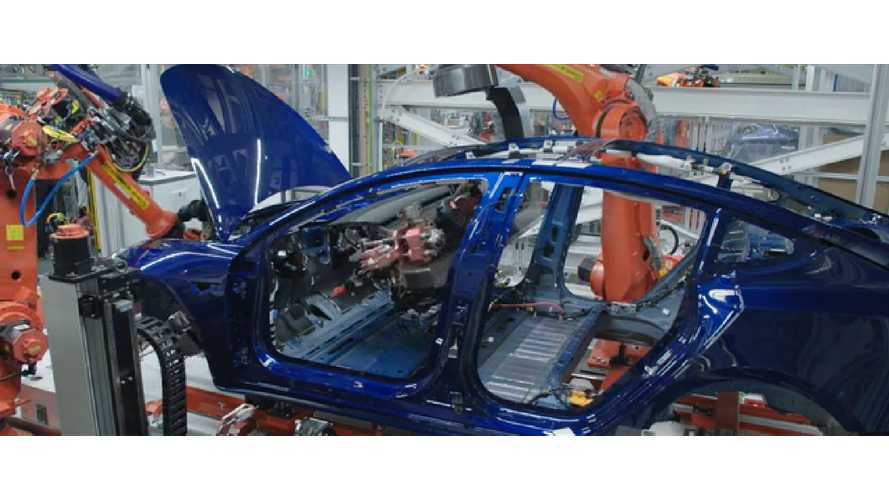 There are now dozens of Model 3 reviews out there, and new ones are coming out seemingly every day. These are highly informative for the average driver, but engineers and other technically-minded folks will want to go deeper, examining the components of the car with some detailed technical explanation. For them, Ingineerix has produced a series of three videos that take a look “under the hood” of the new Tesla (so to speak - you won’t find much under the actual hood of a Tesla). Ingineerix takes us on a grand tour of the space behind the frunk liner and under the chassis, and explains what all the bits do.

However, there are some - namely engineers at the legacy automakers, tasked with designing a vehicle that can compete with Tesla’s technological marvel - for whom a much more detailed examination is necessary. This is called a teardown, and it’s something that carmakers do routinely, buying a competitor’s vehicle, taking it apart and examining each component to see how it works and get an idea of what it costs.

A few weeks ago, the eagle eye of Electrek’s Fred Lambert spied a pair of Model 3s headed for Germany via air freight. He guessed that a German automaker had bought them to be torn down and reverse-engineered. Sure enough, the German newspaper Süddeutsche Zeitung reports that an unnamed German automaker bought a Model 3 (for a whopping $230,000 plus freight) test-drove it and took it apart to see what makes it go.

Electrek translated the article and shared some of the engineers’ impressions:

“The power electronics made the testers’ eyes go wide. Compact, expandable, fully integrated, modular, easily accessible, well-protected, reasonably priced and astonishingly clever in many details - that was the verdict of the experts, to which colleagues from other manufacturers also agreed.”

Article author Georg Kacher didn’t say which automaker sponsored the teardown, but that last sentence implies that it may have been a joint effort. He also said that German automakers currently have a dozen Model 3s in their clutches.

The anonymous automakers were also impressed by the design, saying that Tesla has “perfected the minimalist design,” which applies not only to Model 3’s interior, but also to its powertrain. “Minimalism runs through the entire vehicle. There is initially only one engine, only one forward and reverse gear, only one driven pair of wheels, only one cooling circuit for the entire system.”

The interior, Kacher writes, is “reminiscent of a completely cleared, black-washed Bauhaus living room.” Of course, Model 3’s minimalist mojo centers around its center-mounted 15-inch touchscreen, as CleanTechnica noted. “The whole thing is bare, cool plastic, sparingly decorated with open-pored wooden slats. There are no instruments, but unfortunately also no head-up display. The usual hundreds of knobs, buttons, cogs and levers are anathema to Tesla chief Elon Musk. Only the windows open and close, according to old custom, by forefinger command,” wrote Kacher.

Herr Kacher noted that his sources didn’t like every detail. He called adjusting the mirror “a particularly tricky electronic Sudoku,” and was less than impressed with the door handles and the complex locking system. He said that the back seat “is mounted so low that large passengers only have a chance when they are folded like a Z.”