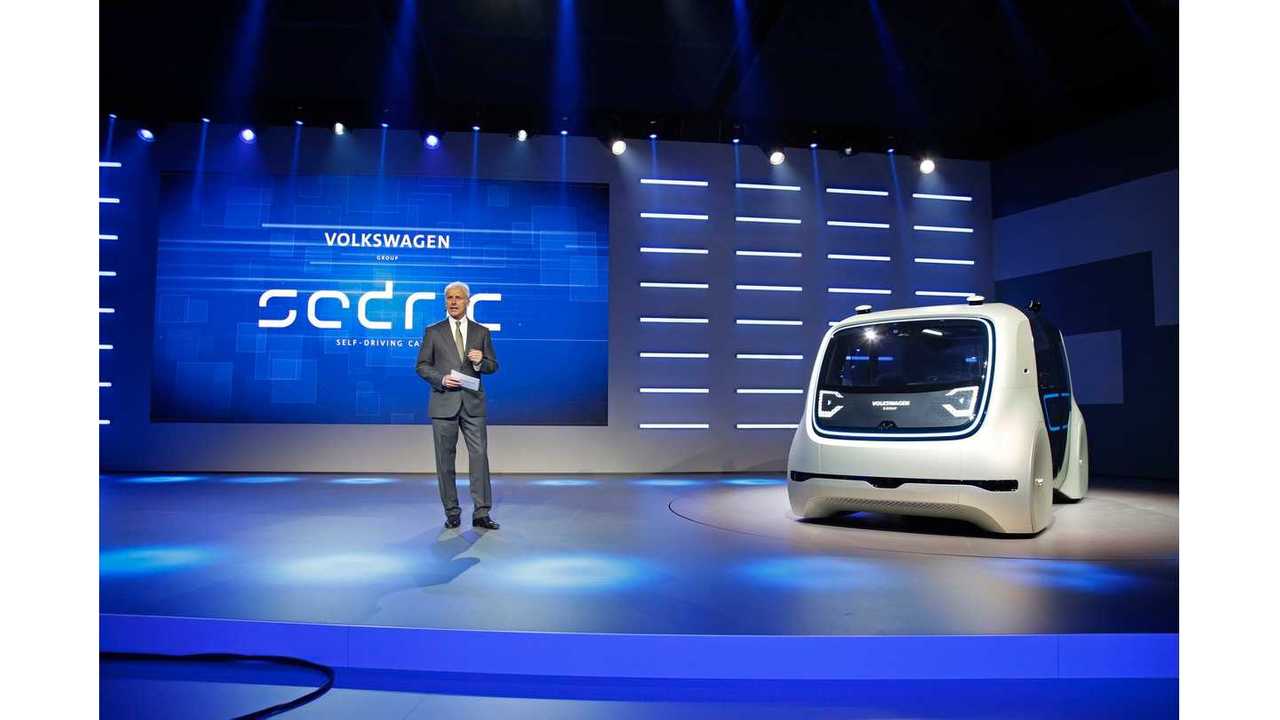 Much like the I.D., concepts are VW’s method of announcing electric vehicles are on their way, the Sedric showcar serves as a preview of the company’s autonomous tech agenda.

Originally unveiled back in March at the Geneva Motor Show, the driverless (and badgeless) Sedricwas again exhibited in Frankfurt last month to provide a glimpse into an entire family of cars that will be able to meet the maximum level 5 autonomy requirements.

VW’s CEO, Matthias Müller, told the media gathered at IAA the Sedric is only a taste of what’s to come in terms of entirely autonomous cars tailored to city use, as well as models for long-range journeys, and even self-driving vans and big rigs. He went on to specify the R&D department is also preparing a concept that will take the shape of a driverless sports car. Sounds weird, doesn’t it?

Besides an armada of concepts, VW has made the promise to commence testing of fully autonomous cars in the near future. Müller said the initial testing phase will consist of transporting the firm’s employees within the factory located in Wolfsburg, Germany. Further down the line, fleets of self-driving cars will be launched in 2-5 cities all over the world by 2021, according to Johann Jungwirth, the man in charge of the VW Group’s digitization strategy. These publicly available driverless vehicles will be offered thorough the Moia and Gett mobility brands, both of which are affiliated with VW.

The aforementioned Sedric (an abbreviation for “self-driving car”) is not the only concept of this kind from the VW Group showcased in Frankfurt. Audi also has the Aicon envisioned with level 5 autonomy, meaning it doesn’t have a steering wheel or pedals. While the Sedric is more of a ride-sharing type of vehicle, Aicon takes the shape of a personal car, one that does all the work for you.