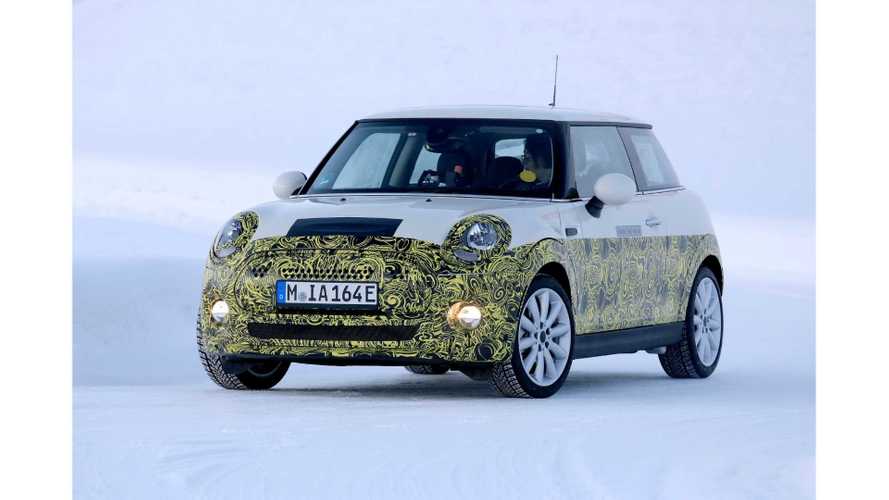 The modern MINI has a history of being battery-powered. Back in the summer of 2009, wearing MINI E markings, it was pressed into service as a development platform for BMW's electric vehicle program, which eventually led, by way of the BMW Active E, to the BMW i3.  And though it hasn't been blessed with an all-electric drivetrain since, that is set to change, come November 2019.

Until that time, MINI is continuing to test and tweak its future electric drivetrain, using the mules like the one you see in the photo above and in the gallery below. Like every manufacturer, cold weather testing is an important part of the process, and in fact, we may have seen this very mule a couple months back,  arriving on a truck somewhere in the reaches of the far north, before making a getaway into the frosty night.

This time around, our spy snappers spotted the MINI mule in broad daylight, though still in snowy climes. While it certainly isn't revealing — even this tester is wearing camo — it does let us know that they are likely being quite thorough. Who knows, maybe they're hot on solving the significant range loss in the cold conundrum.

When the MINI Electric does make it to showrooms, we expect it will resemble a cross between the typical Hardtop on the road today and the Electric Concept that was first revealed at the Frankfurt Motor Show six months ago. And, unlike that original MINI E development vehicle of yore, the battery in this one won't preclude the fitting of a back seat.