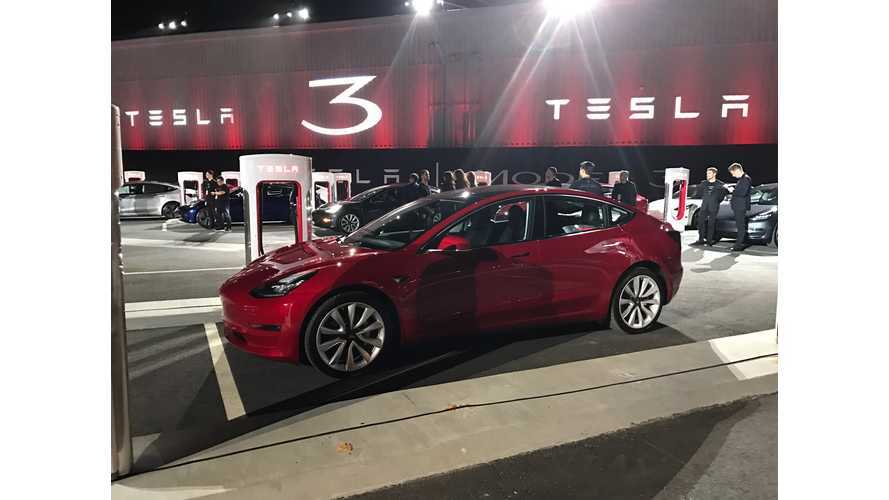 The probe began well over a year ago, in June of 2016. Apparently, the case was closed in May of 2017, however, Probes Reporter believes there may still be at least one SEC probe that has yet to be resolved.

The initial probe was in regards to Model 3 reservation details, including any cancellations or refunds, as well as how Tesla planned to spend the money. It also involved a Tesla stock upgrade via Goldman Sachs that strangely came ahead of Tesla announcing a multi-billion dollar stock offering, which was underwritten by the same bank. Additionally, the probe requested Model 3 delivery timelines.

"A June 7, 2016, SEC document ordering the investigation said the commission had information suggesting Tesla may have made false statements of material fact' about the Model 3, or failed to disclose material facts that would have been important to investors. In addition, the commission also suspected that someone was disclosing insider, non-public information about Tesla to others.

To that end, a subpoena sent to Tesla on June 15, 2016, demanded the identities of everyone who knew about the company’s May 2016 stock offering in advance. It also called on Tesla to turn over supporting documents for the company’s public claims about the number of Model 3 reservations, even asking for customer names and credit card numbers."

Probes Reporter asserts that all of this information should have been made readily available to investors. However, Tesla doesn't choose to disclose such information, and it's not the only company that functions this way. Probes wrote:

“Investor focus on the Model 3 has been intense this past year, with (CEO Elon Musk) and his crew fanning the flames. With this backdrop, we think investors most certainly would consider an SEC probe that asked a lot of questions about the Model 3 to be material and, therefore, would have wanted to know about it.”

Nonetheless, it doesn't really matter what Probes believed. Tesla didn't have to hand over the information and the SEC was also unwilling to assist Probes by sharing whatever it had previously obtained. The SEC cited law enforcement grounds as its reason for concealing any documents. Probes feels this may imply that there is still some ongoing, unresolved issue. However, there is no proof of such.

The information that Probes shared online doesn't include any of Tesla's responses to the SEC, though it does show a note sent to Tesla that officially concluded the investigation without any enforcement action. It reads:

“Based on the information we have as of this date, we do not intend to recommend an enforcement action by the Commission against Tesla Motors, Inc.”

So, whatever the SEC did uncover was obviously not enough to warrant any consequences. While Probes Reporter insists that there's more to the story, perhaps the SEC is just not at liberty to divulge Tesla's information, especially since nothing came of the investigation.