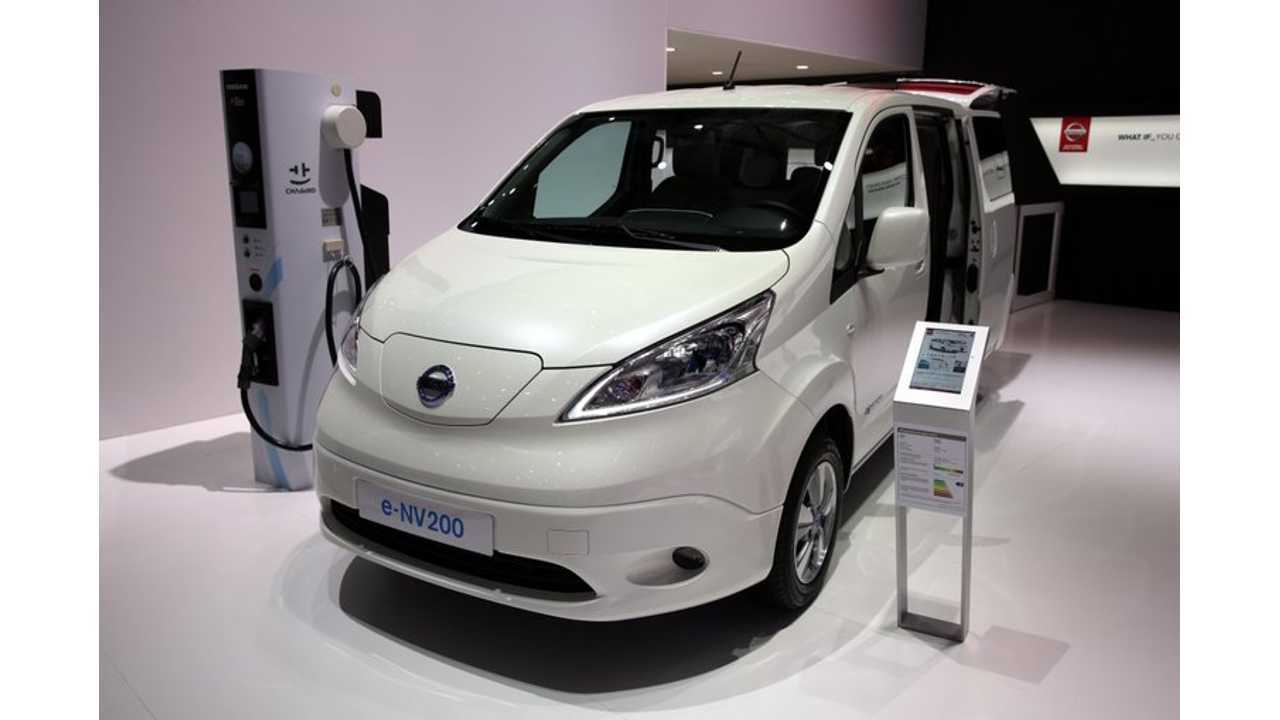 A representative of one of the Nissan's dealerships in Germany has revealed that the e-NV200 with 40 kWh battery is coming in 2018!

We had been a bit concerned about the fate of the e-NV200 previously, as only the 24 kWh battery from the original LEAF was made available - the 30 kWh option did not arrive alongside the first generation LEAF, and never offered.

Better still, the first deliveries are expected in the Spring of 2018 for Europe. Hopefully now that the all-electric van is more capable, it will also be offered in North America as well.

"Since today the ordering systems for the current e-NV200 are closed. I have been approached by several forum members, but also to start a pre-order for the new e-NV200, I am doing this here!

Please also indicate the equipment you are interested in: Box, Combi, or Evalia. Then he gets from me the conditions and the most important information sent to it. Please mail to: ch.schaller@nissan-center.de"

The Nissan e-NV200 is produced solely in Spain (in fairly limited numbers), while the batteries are manufactured and assembled in Sunderland, UK.

The next question likely on everyone's lips is "will the 2019 Nissan e-NV200 get the larger ~60 kWh battery pack that the LEAF will be getting?"

Using history as a guide, Nissan's UK battery plant skipped production of the 30 kWh packs and therefore it was not offering in the Spanish-built e-NV200, and as best we can tell, Nissan will be out-sourcing the larger future packs for Europe, so here again our guess is that there will not be a ~60 kWh e-NV200 offered.