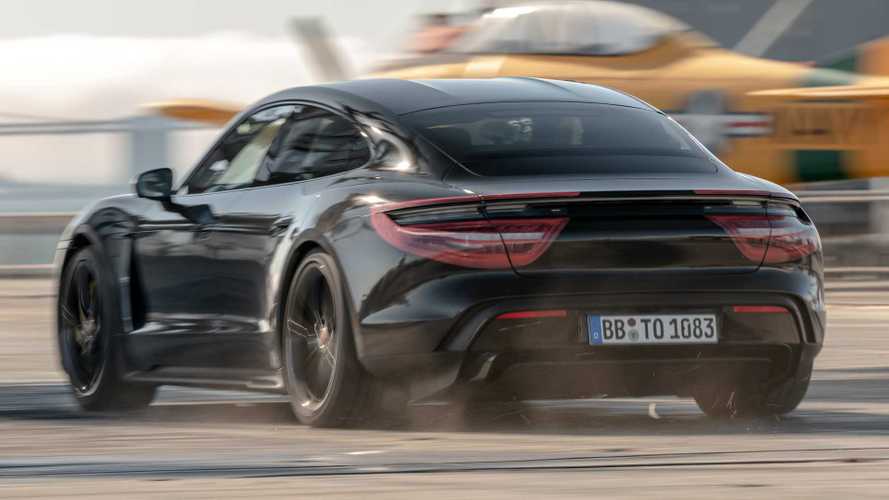 If pricing proves true, we may have the first real Tesla Model S competitor yet. Aside from the Porsche's lack of interior space, as compared to the much larger Tesla, the two vehicles will likely line up quite well.

Porsche is surely moving forward with its production Taycan, and apparently, it's very much like the version we've seen for years now. The official, full reveal is set for tomorrow and InsideEVs will be attending the event, but ahead of that, we turn our attention back to previous mentions of pricing.

The only concrete info we have on pricing is a comment from back in the day from Porsche CEO Oliver Blume, who considers the Taycan a car to fill the void between the 911 and the Panamera, and says it will be:

Assuming the base Taycan checks in at around $86,000 then, how does it stack up against say the Tesla Model S or even the Model 3?

Thanks to our handy dandy Compare EVs page, we can check on the Teslas in a flash. The cheapest Tesla Model S, the Long Range non-Performance variant, checks in at $79,990 plus destination. In the U.S., the Model S only gets a $1,875 federal tax credit though, whereas the Taycan will get the full $7,500. So, in reality, pricing would be close to the same after the credit, provided that the Taycan starts at around $86,000.

The comparison against the Model 3 is where it gets interesting though. A no option Tesla Model 3 Performance (Long Range, all-wheel-drive) is just $54,990 (plus destination) and that version zips from 0 to 60 MPH in just 3.2 seconds and boasts a range of 310 miles, figures we don't expect the base Taycan to match.

It'll be interesting to see which of these two Teslas is more often cross-shopped against the Taycan.

We expect to get more details on the Taycan tomorrow, including some official pricing, but until then, how do you think a base Taycan at $86,000 will stack up against the EV competition?