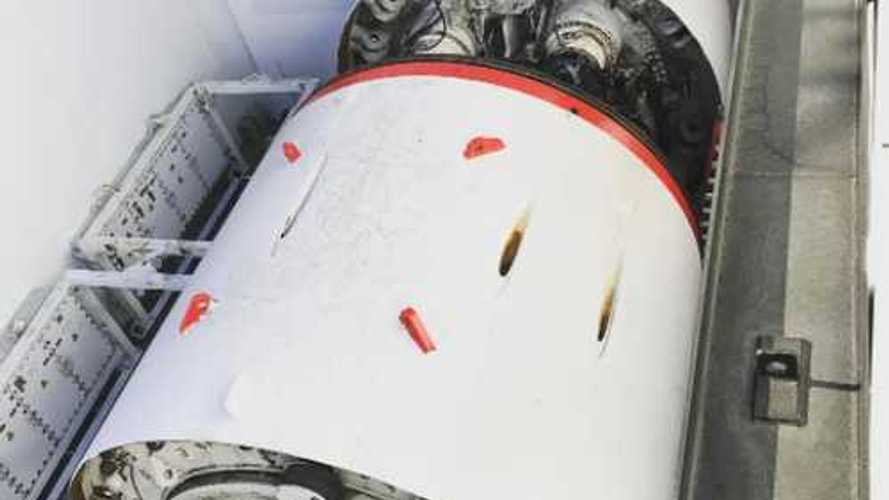 The initial teaser from The Boring Company showed electric sleds, which would transport cars in underground tunnels. Plans for the Baltimore-DC tunnel may feature a hyperloop variant.

The Boring Company continues to make aggressive progress with its plans in multiple locations.

It all started with some digging in the SpaceX parking lot after Tesla CEO Elon Musk went public with his grand plans for underground travel. Now, that project has received multiple additional approvals and could eventually extend throughout Los Angeles.

Not long after the first mention of Musk's boring pursuits, he took to social media to tout government approval for another series of tunnels on the other side of the country. Many people questioned him and laughed it off since he didn't provide real specifics about the "government approval." However, Musk maintained that The Boring Company would begin work on a tunnel that could transport folks from New York to Washington DC in 29 minutes.

Entrance to the initial Boring venture. Not much different from what we see at the new site.

Despite doubts, the company began breaking ground a few months ago in Baltimore, Maryland for what appears to be that project. The popular CEO has become a self-proclaimed hat salesman to raise additional funds for these projects.

Yet another big announcement came recently. The Boring Co. will be submitting a bid to build some type of fast transport system in Chicago. The city needs a new fast-travel option from O'Hare International Airport to the downtown area.

The news doesn't stop there, however. New documents revealed by Capital News Service show that the Baltimore hyperloop project may start in January. NBC Washington reports:

The document lists the start location as 'immediately north of MD 175' and details a dig to 'within 0.25 miles of intersection of W. Pratt and S. Paca' -about a block from Oriole Park at Camden Yards - with tunnels running under the approximate route of the Maryland-owned section of Route 295, or the Baltimore-Washington Parkway."

One of Musk's SpaceX employees, Steve Davis, signed the conditional permits. The publication also points out that there were emails between Davis and Maryland Secretary of Transportation Pete Rahn, in an attempt to clear up some details for the mayor. Strangely, Davis explains some of Musk's future intentions in the emails, and according to Capital's findings, he speaks to tunnels with cars on carts.

This is not consistent with Musk's reference to a hyperloop, however, at this point, we don't really know exactly what the transport technology will look like. This is much the same as the recent talks about plans for Chicago. It seems that that portion of the project is far from decided since it will take years just to dig and construct the tunnels.