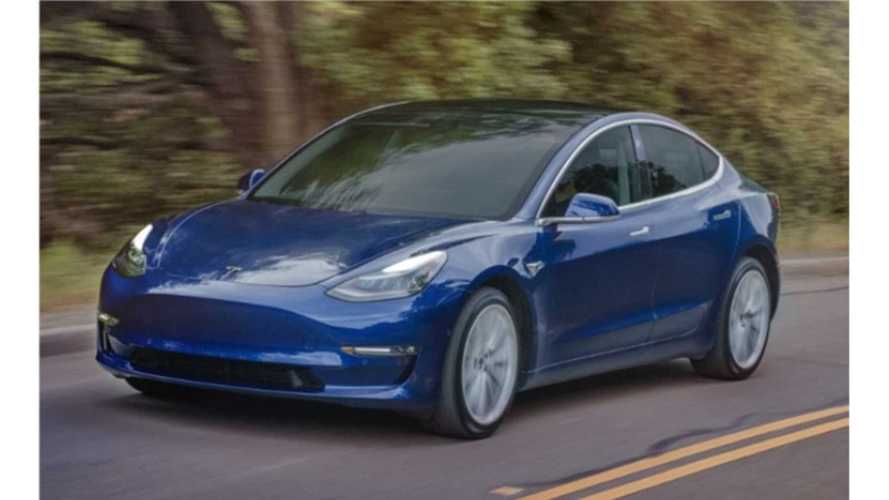 It's great to support Tesla and green energy for sure, but to say that the BMW 3 Series will lose all its sales sets a new definition for the word Bullish. If Tesla can move briskly on its S-Curve cranking out the Model 3 and take just a measurable percentage of sales from BMW, that is a feat in and of itself. We'd say if BMW sells 20 percent less 3 Series sedans a couple years from now, Tesla has done more than its initial job.

The bullish man in question here is Social Capital founder and CEO, Chamath Palihapitiya. He recently spoke on CNBC's Fast Money Halftime Report and said that BMW 3 Series business will "go to zero" following the Model 3. He asserts that 3 Series orders are already taking a significant hit because of the Model 3 pre-orders. Palihapitiya believes:

"...that entire business is going to go to zero." (referring very specifically to the BMW 3 Series)

"...people are fundamentally misunderstanding the demand of the Model 3."

Obviously, Palihapitiya knows his claim will be disputed, and he likely meant it with some level of exaggeration. You can't honestly estimate that something will be so infinite in one direction or another. He made an attempt to better qualify his context, explaining that he believes so strongly in the Model 3 ... that the Model 3 is significantly better on such a huge level that:

"There is not a single person of right, sound mind and body, if you could build a Tesla Model 3 online and get it delivered in 30, 60, 90 days, or you have the choice of buying the BMW 3 Series will choose the BMW."

So, according to Palihapitiya, BMW will continue to sell 3 Series' successfully, but only to crazy, stupid people.

In all honesty, it's probably more like BMW will successfully sell 3 Series' until Tesla can get the Model 3's production house in order, then it will sell some unknown fraction less thereafter. Right now, Tesla is telling people 12 to 18 months ETA on initial reservations, so BMW has awhile to figure things out. If BMW can get a move on with a pure electric 3 Series in that span of time, well then now we're talking about more of a fight.