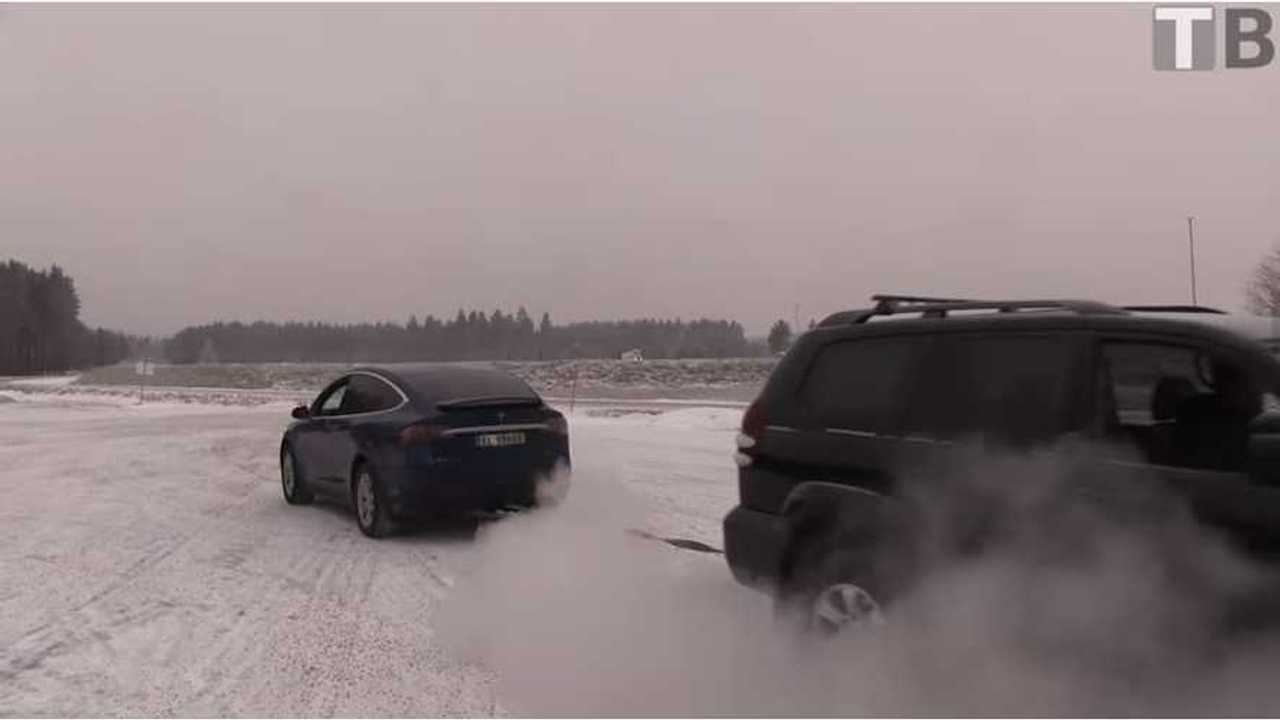 Apparently, Bjørn Nyland spent a few days with his Tesla Model X at an offroad track in NAF Trafikksenter, Våler, Norway. That is until he ruined it, but that's another story.

The challenging track is a place for professional truck drivers to train. It just happens to have fast chargers, a hotel, a cafeteria, and several tracks to acquaint truckers with various driving conditions. The stakes are higher this time of year in Norway since heavy snow adds considerable difficulty to the already aggressive environment. However, Bjørn and Optimus Prime are always up to the task, especially if it keeps Tesla owners informed.

Remember, when asked what he does for a living, Nyland previously replied:

Yea ... he wasn't joking. He tows them and tows them well, among other things. This Toyota Land Cruiser is fitted with studless tires, and a "stud" it's not when pit against the powerful and torquey Model X. It's not even close.

Do not try this yourself. Tesla might void your warranty.

The guy in the Toyota claimed that studless tires were better in these conditions. We did a test to find out.