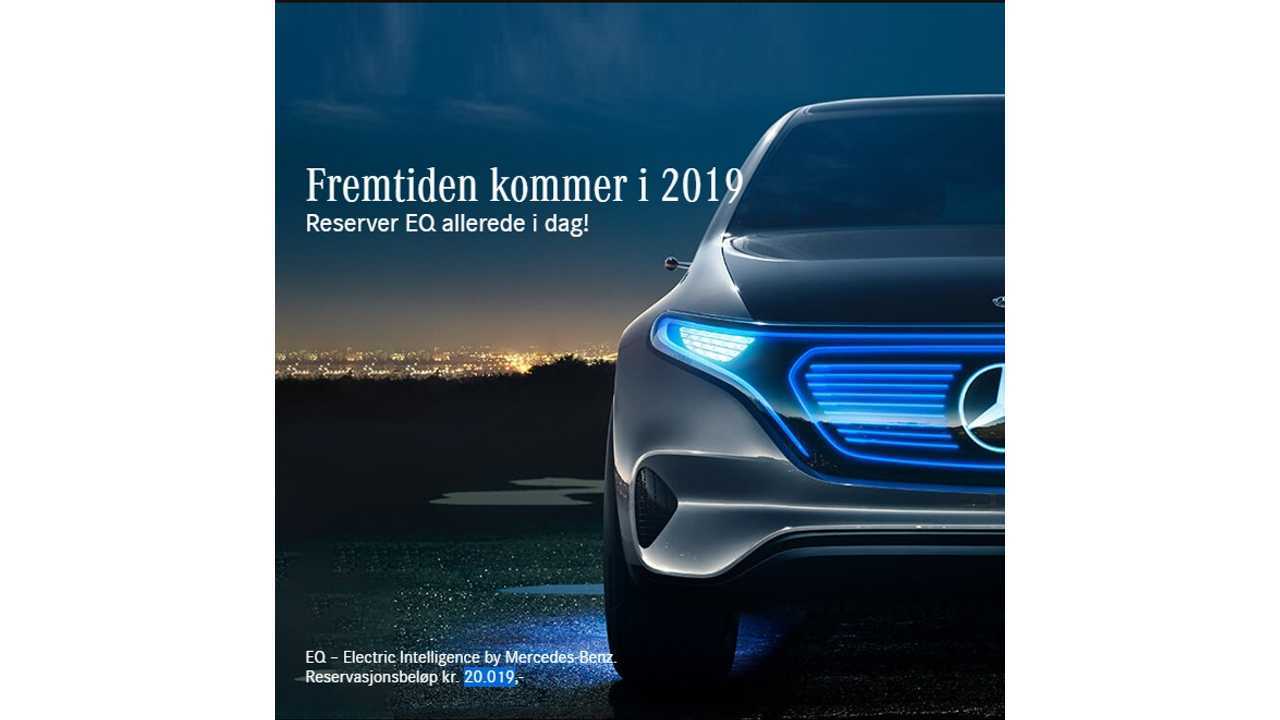 As is often the case, potential customers in Norway get the first crack at ordering the hottest upcoming electric vehicles, and can now place reservations for the upcoming GLC-sized, all-electric Mercedes-Benz EQC.

Previously, Audi opened the reservation books for its E-Tron Quattro in late April.

The production version of the electric SUV has yet to be revealed, so the reservations (20,019 NOK/~$2,500 USD) are fully refundable at this point. The interest is apparently so high though, that the reservations are limited to one per person.

Mercedes has noted a very high interest rate since they started collecting deposits this past Thursday, and while they did not give a number, the number had reportedly approached 2,000 units by time of press today.

First deliveries are expected in 2019.

With two electric motors and 300 kW of power for all-wheel drive, the EQC can reportedly accelerate from 0-100 km/h (62 mph) in less than 5 seconds.

You can reserve the car in Norway through website.

Bonus: One of the concepts in San Francisco: