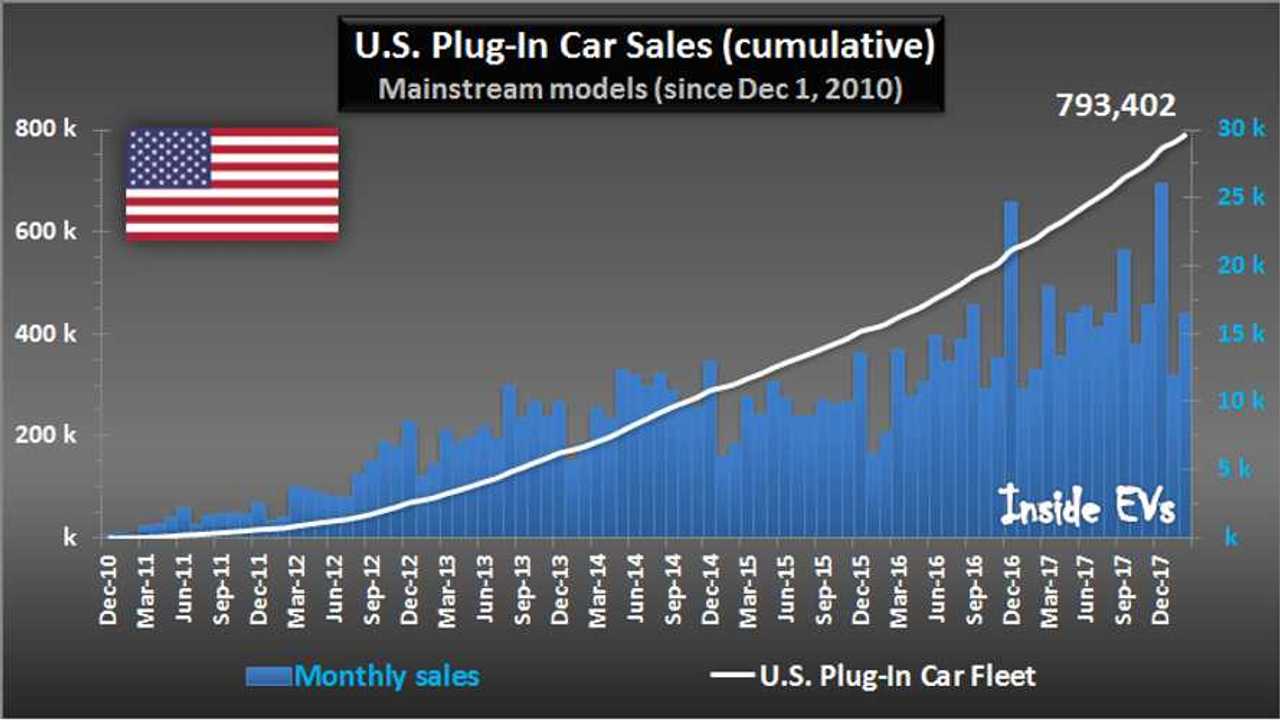 Growth of plug-in electric car sales are accelerating in the U.S., reaching in February the highest ratio since May of last year.

InsideEVs estimates that in total some 16,489 plug-in were sold last month (33% more than one year ago).

Market share increased to around 1.27%, so we are highly confident that there is no going back to below 1%.

The three top selling vehicles for the month and for the year are the Tesla Model 3, Toyota Prius Prime and Chevrolet Bolt EV.

Nissan began volume deliveries of the second generation LEAF but with 895 it didn't quite make a big splash yet.

Tesla Model 3 is rising and even though it's far from being at its production goal, sales exceed any other plug-in model with 2,485 estimated deliveries in February and 4,360 for the year.

Toyota Prius Prime noted 2,050 sales in February, which was 29% of all Prius sales that month.

And finally, third best selling plug-in car - Chevrolet Bolt EV - 1,424 is probably below our hopes but until it's growing year-over-year there is no much to complaints.