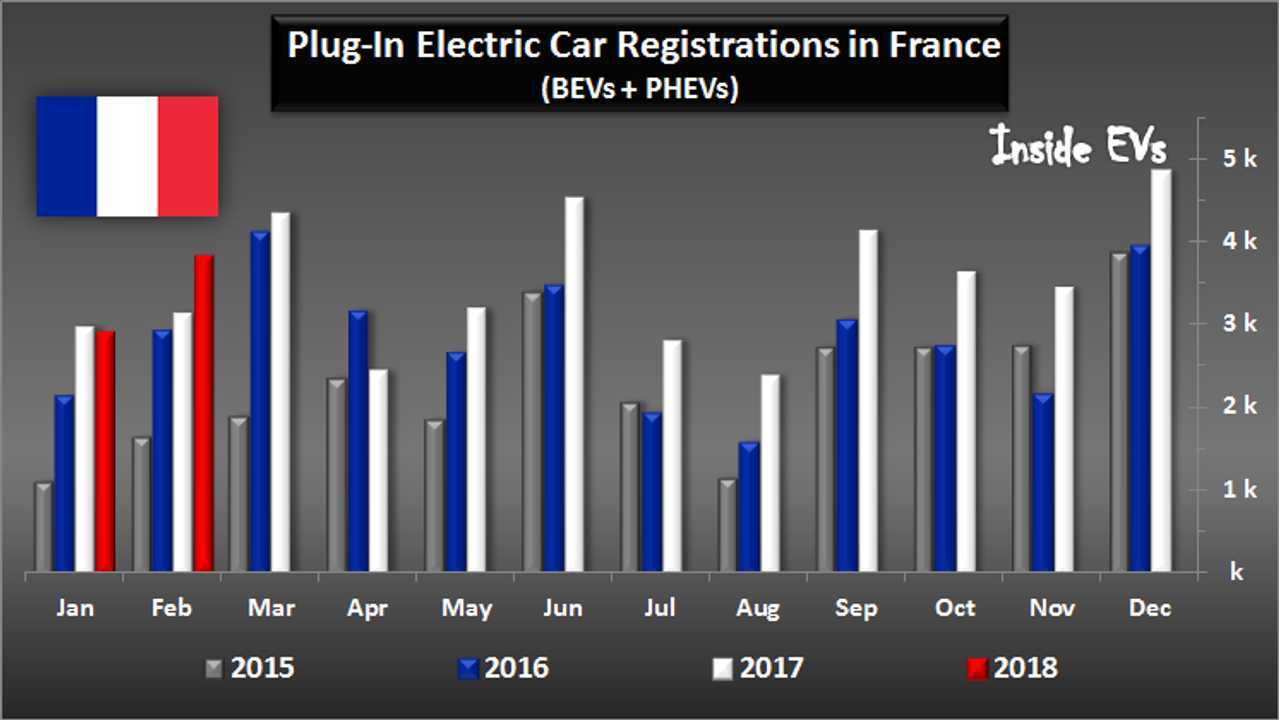 At first look, it seems that plug-in electric car sales in France grew, but there are huge disproportions between BEVs and PHEVs.

As you can see, all-electric cars decreased again (for the third month in a row), while plug-in hybrids moved up by more than 150% on average for the past four months.

For BEVs, only the light commercial vehicle segment improves its situation.

One of the reasons driving the overall BEV decrease is the 26% fall of Renault ZOE registrations to 1,155 - that's despite the number of orders apparently remaining high. Production shortages are leading to deliveries being delayed.

On the other hand, Nissan is moving discounted old LEAFs quickly, achieving 306 registrations.