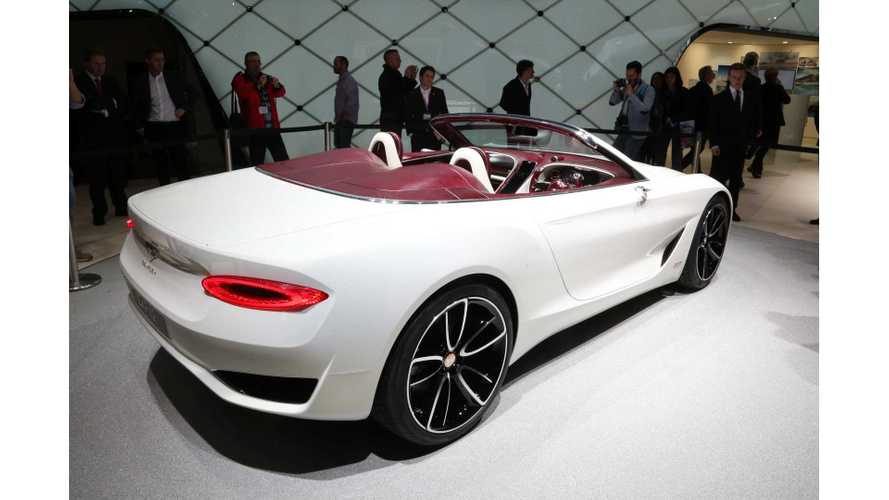 Bentley has hinted at its first all-electric vehicle, coming in 2019.

It seems the company has hesitated on its original plan for a fully electric SUV (smaller than the Bentayga), and will instead first build a two-seat, medium-sized sports car;  the SUV BEV plan appears to have been dropped altogether.

The new electric model is expected to be larger than the concept EXP 12 Speed 6e (above), which was first unveiled in Geneva.

“What I can say is that a small SUV is no longer on the scheme. We’re favouring a car with a full electric powertrain.”

“We intend to be the leader in electrification in the luxury segment. We see that it fits into the Bentley scheme – low rev torque with seamless acceleration.”

Obviously, Bentley is too small to develop its own power-train in this case, so the base platform probably will come from Porsche Mission E.  Double-motor, all-wheel drive and 300 miles of range is on the table.