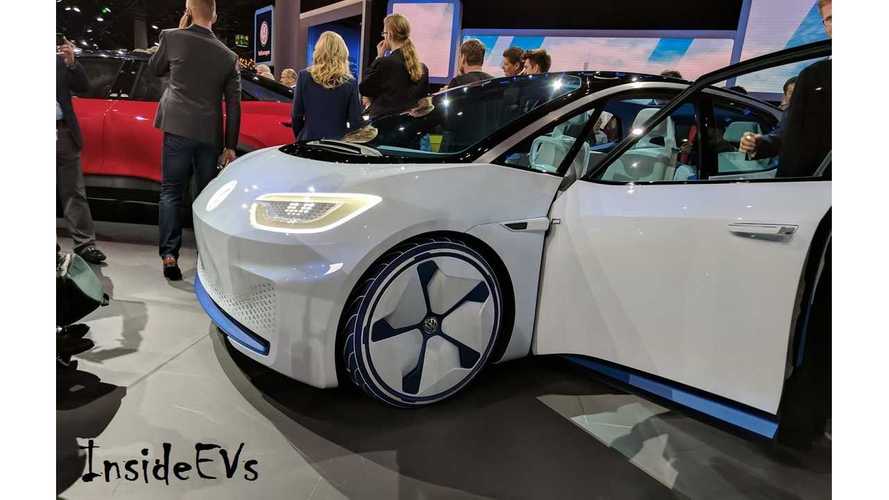 Volkswagen bosses are starting to develop a reputation for contradicting themselves, and one another, on a regular basis.

About two months ago, we reported that Volkswagen CEO, Herbert Diess, said that VW has abilities that Tesla doesn't have. He claimed that Volkswagen will be the company to stop Tesla and will go on to be the leader in the electric car segment:

"We see Volkswagen as the company that can stop Tesla, because we have abilities Tesla doesn’t have today.”

“Tesla belongs among the competitors which has abilities that we currently do not have.”

It seems the CEO of Volkswagen Group, Diess' boss, Matthias Mueller, doesn't quite feel the same. He doesn't feel that Tesla poses any threat to Volkswagen, and he isn't all about EVs. He told CNBC that he respects Tesla, but the future will prove who the real winner is. He added:

"We can't compare apples with pears. Tesla is a company that sells less than 100,000 units and we sell 10 million. Currently, Tesla burns a 3 digit million amount and we've got results of 12 to 13 billion euros per year, so I think we have to be realistic here."

Mueller still sees the diesel engine as having a positive future. He believes that it is partly automakers' responsibility to assure that diesel isn't banned. He told CNBC at the Frankfort Motor Show:

"The diesels we are offering today are clean. They comply with the Worldwide Harmonised Light Vehicle Test Procedure (WLTP) requirements and they meet the requirements and needs of our customers."

It's not a wonder that VW (and Audi) are regularly making electrification announcements, but much of the proof is still far off. VW plans to continue making diesel vehicles and then add in electric models. Mueller says that the customer can then make the final decision. He continued:

"There's going to be a co-existence between combustion engines and electrified drive systems over the next 10 to 20 years, so against this background we should all be patient and relaxed and leave the decision to our customers, they should decide which concept they prefer."