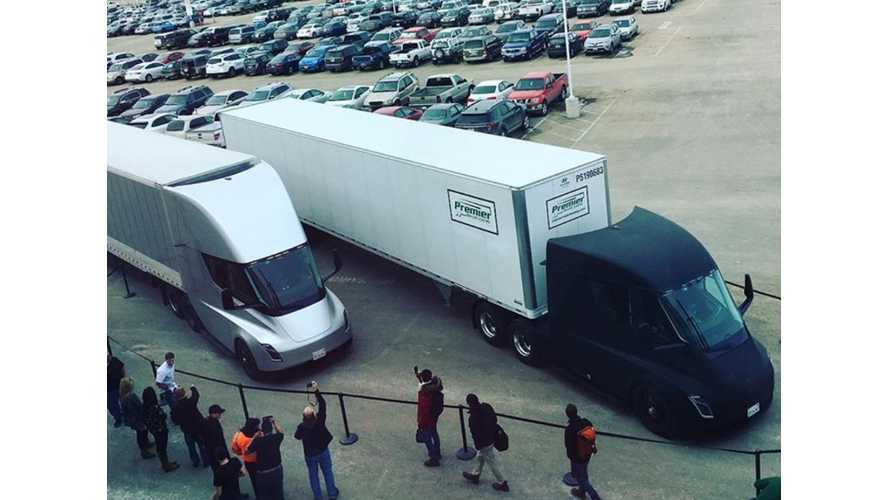 The Tesla Semi program appears to be in high gear. Today, CEO Elon Musk released a photo (above) on Instagram heralding the rig's first real task: take a load of freshly produced battery packs from the Gigafactory on the outskirts of Sparks, Nevada, and deliver them to the Tesla Fremont factory (A.K.A. the Mothership) in California. Just as Tesla had said it intended to do.

Inside the Tesla Semi

The route, according to Google Maps, is 258.7 miles in length, taking approximately four hours and five minutes to complete at typical speeds. If the truck can indeed live up to its range claims of 500 miles — contrary to the beliefs of some of the competition — the trip shouldn't be too tough, and the tractors can almost certainly sip from the Superchargers at the California plant.

Judging by Musk's shared photo, the trip might actually be taken by two trucks, making this also the first official Tesla Semi convoy. No word on whether either of the tractors has auto pilot enabled.

"First production cargo trip of the Tesla Semi heavy duty truck, carrying battery packs from the Gigafactory in the Nevada mountains to the car factory in California."

For the most in-depth coverage of the Tesla Semi you'll ever come across, check out our exclusive 4-part Semi series here.