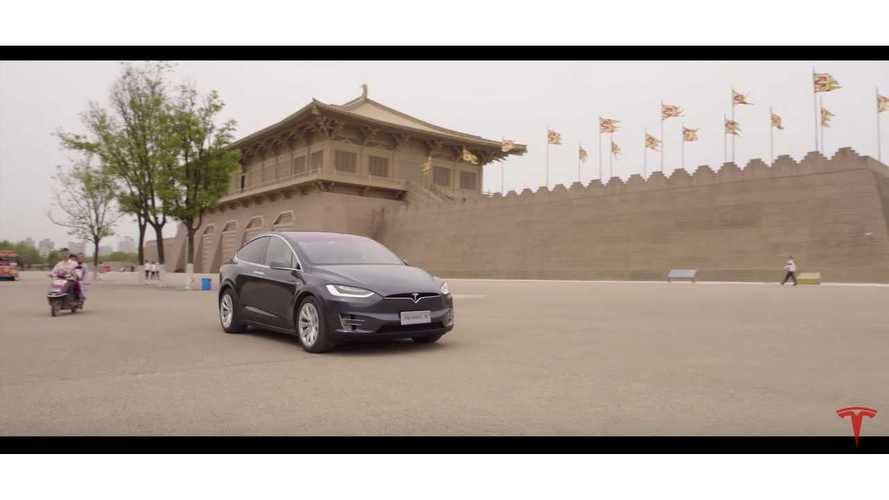 China is the largest automotive market in the world and surely has the potential to become a global leader in EVs. Tesla's quick success in the country is proof.

As we've reported on numerous occasions, the Chinese are enamored with Tesla. Though the Silicon Valley automaker faced difficult times when it first entered the Chinese market back in 2014, forward progress has been imminent. Tesla recently released the above video showing owners in China and their love for the brand.

China is dealing with a population that is out of control and substantial air pollution that is causing a visible and problematic smog concern. The country is moving forward with more stringent ZEV mandates which are estimated to lead China to rapid EV growth over the next couple of years. China may go so far as to ban gas and diesel vehicles in the near future.

Tesla vehicles are subject to a 25 percent import tariff in China and don't qualify for all of the country's EV incentives. Despite this reality, the automaker tripled its sales in 2016 (more than 11,000 deliveries and $1 billion in sales). The company is on the fast track to do the same or better in 2017 due to a record first and second quarter.

CEO Elon Musk has talked in the past about the necessity to establish a manufacturing base in China. At this point, that has yet to happen, as the automaker has been solely focused on building charging infrastructure and delivering vehicles. However, a plan is in the works and nearly ready to roll.

At Tesla, our mission is to accelerate the world’s transition to sustainable energy. As we continue toward global expansion, discover how our electric vehicles have impacted the lifestyle of local Tesla owners across China—from Tibet to Beijing and Shanghai. With the freedom of long distance travel, convenience of Autopilot, and unparalleled performance, Tesla provides a meaningful and environmentally-responsible way to travel in the city and beyond.