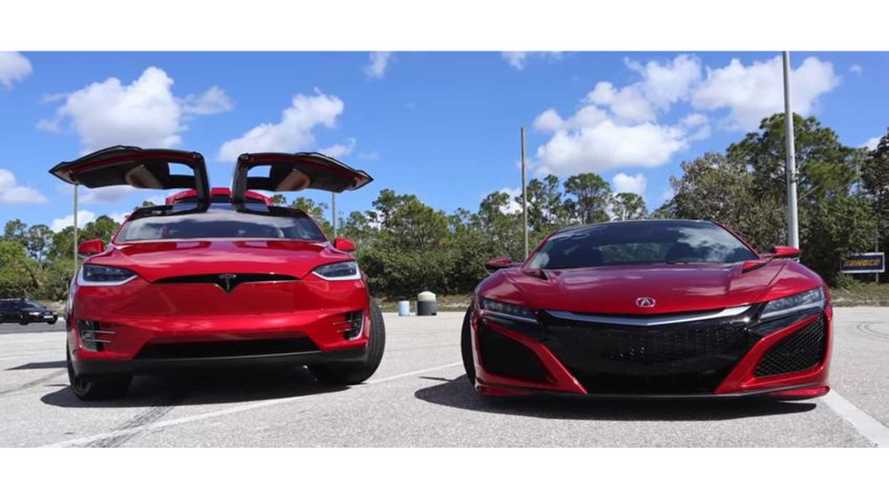 How does the Tesla Model X all-electric SUV fare against a hardcore, hybrid supercar?

We've seen the Tesla Model S P100D take on an Acura NSX, but not the Model X. That was a good matchup, and interestingly, this one is even better. Despite the fact that one vehicle is an SUV and the other is a supercar, both easily pull off a 2.9-second zero-to-60-mph time.

Is that Spaceman in the rear seat of the Model X?

While the NSX isn't a true electric car (sadly it doesn't plug in), it boasts three electric motors to help out its twin-turbocharged V6. Add a quick-shifting, nine-speed dual-clutch transmission and there's no discounting the fact that it's a beast.

There are two interesting observations from this video, even before the race begins. Both cars are a beautiful shade of red, which we all know makes them faster, and the Model X seems to have a miniature Spaceman in the rear seat ... hmm.

Anyhow, the results are pretty awesome in both runs. The Model X may have jumped the gun in the second race, but as you'll see, it hardly matters.