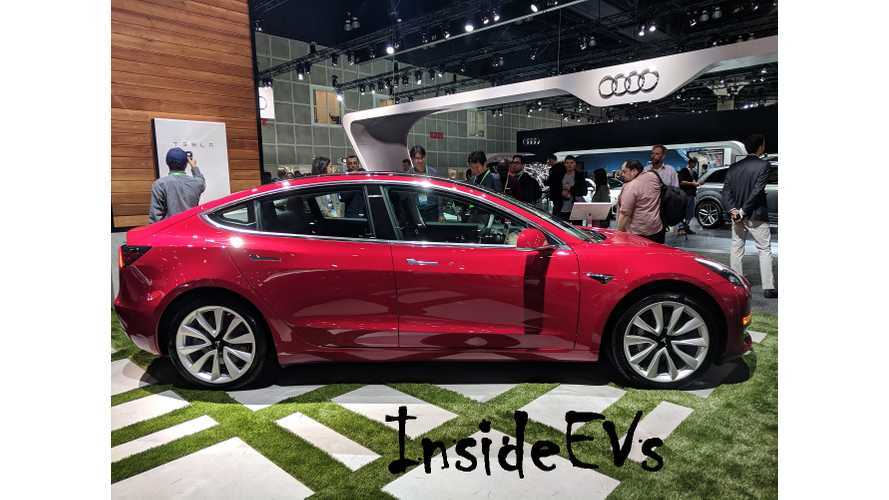 WILL TESLA DO TO THE INTERNAL COMBUSTION ENGINE WHAT AMAZON DID TO RETAIL?

Tesla is often compared to Apple, and Elon Musk to Steve Jobs. But what if there was another (more accurate) comparison to make — is the Silicon Valley automaker more akin to Amazon and Elon Musk to Jeff Bezos?

Market Realist reports on the "analogies between vehicle electrification and the retail sector. The retail sector has seen disruption led by the likes of Amazon... The success of e-commerce, not to mention the soaring market capitalizations of companies such as Amazon, has forced established retail companies to pursue online sales to complement their existing store business."

Above: It turns out that Amazon's Jeff Bezos also has an aerospace company, Blue Origin, just as Elon Musk has SpaceX (Youtube: Sam Cornwell)

The parallels between Amazon and Tesla are particularly striking on Wall Street. Marketwatch points to Mott Capital Management founder Michael Kramer who, "thinks the market values Tesla much like it does Amazon... Tesla has been just as maverick, but that hasn’t hurt its ability to raise cash in the past, says Kramer, noting that Elon Musk’s baby has traded pretty consistently around 2.75 times one-year forward sales estimates. Amazon is about two times for that metric."

Kramer explains that, like Amazon, "investors seem to be willing to forgive Tesla," as it forgoes profits to chase growth. Nevertheless, the automaker's revenue estimates have risen nearly 20% over the past year, and should that trend continue, its valuation could approach $100 billion as early as next year. Kramer notes, "Sales estimates for 2019 could start pricing in the Tesla semi-truck and possibly faster growth." If you add in the Silicon Valley company's solar and energy storage business, things could (indeed) get interesting.

And Kramer isn't the only one comparing the two companies. Baron's star fund manager, Alex Umansky, recently drew similar parallels as did Morgan Stanley's Adam Jonas. And, earlier this year, Loup Ventures' Gene Munster told CNBC, "Most people think of as an electric car company, but their mission statement is to accelerate the globe's transformation to renewable energy... people don't understand what this company's mission statement is, much like Amazon in its early days when the company was 'just' selling books."