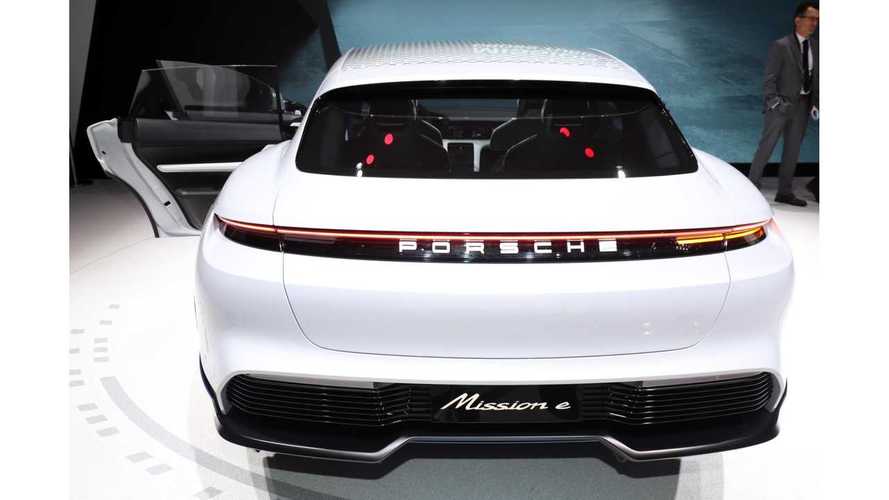 Building the Cross Turismo would be a way for Porsche to keep up production at the brand's new factory for the Mission E EV.

Porsche's Cross Turismo concept is one of the bigger surprises at the Geneva Motor Show because of the lack of any teasers or info prior to the debut. Plus, there's an undeniable coolness about a somewhat rugged, all-wheel-drive EV station wagon. Statements from Porsche execs now suggest that the model has a chance of seeing production.

Creating a production version Cross Turismo might be relatively easy because even the concept rides on the same platform as the Mission E. The similarities mean that Porsche could build the wagon in the same new factory as the upcoming EV. Production could begin as soon as 2021, roughly two years after the launch of the liftback sedan.

“We want to ensure utilization rate doesn’t trail off as the Mission E gets older, so we will bring a derivative just as we do with other model lines,” an unnamed Porsche executive told Automotive News Europe.

The Cross Turismo looks capable of a very light off-roading with its slightly raised ride height and black fender flares – akin to Porsche's take on the Subaru Outback. Power comes from electric motors at the front and rear with a total output of over 600 horsepower (440 kilowatts). It would let the wagon reach 62 miles per hour (100 kilometers per hour) in less than 3.5 seconds and hit 124 mph (200 kph) in less than 12 seconds. The top speed would be over 155 mph (250 kph). The vehicle shares the Mission E's 800-volt architecture that allows for quick charging to cover 62 miles (100 kilometers) in only 4 minutes.

Porsche has been contemplating what other variants of the Mission E might look like, but the company hasn't really tipped its hand about the new version's design until now. In addition, the German brand intends to add more EVs to its range. Rumors suggest that this vehicle could be an electric powertrain for the next-gen Macan.