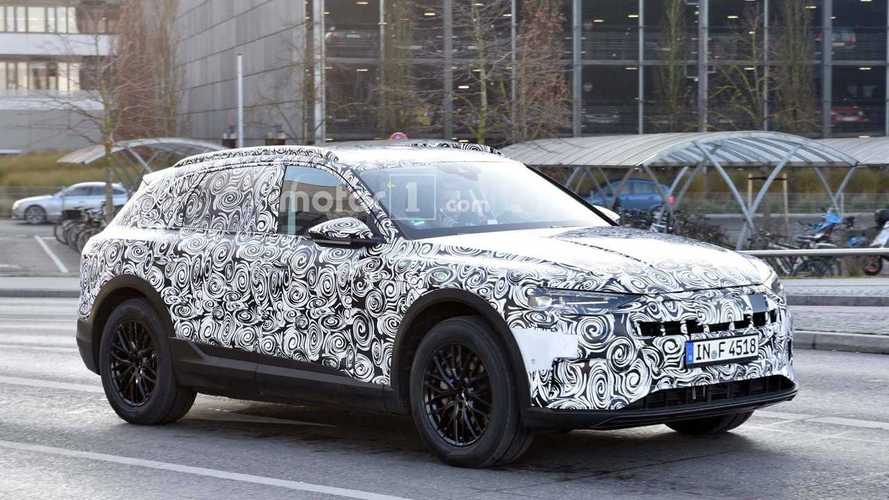 The all-electric crossover will have a range over 300 miles and should enter production next year.

We’ve seen Audi’s soon-to-come all-electric crossover testing off-and-on over the last year or so, but these are some of the clearest spy photos of the lot.

This time the E-Tron Quattro is spied navigating sparsely populated streets, though we suspect it’s under full driver control since we don't see any curious components up front that could be tied to autonomous functionality. In fact, this prototype seems surprisingly free of external gadgets, antennas, boxes, or other sensors that might suggest in-depth evaluation is still taking place. This could mean we’re getting closer to a reveal.

There’s no question that, in addition to offering an all-electric crossover, Audi is also interested in injecting the E-Tron with some measure of fun. With the Tesla Model X being its primary competition, the automaker will pack a 95-kilowatt-hour battery pack into the CUV to give it an estimated range of over 300 miles.

That is, provided drivers are judicious with the E-Tron’s accelerator pedal. That’s because it will sport two electric motors at the rear and one driving both front wheels, producing a combined horsepower rating of 435 (320 kW). Or, if drivers need a little extra punch, more electricity can be injected to deliver 503 hp (370 kW). We don’t know how that will translate specifically to acceleration given what’s sure to be a rather portly vehicle weight, but 435 horsepower should be enough to make this mid-size people mover plenty exciting, never mind tapping into the temporary power.

Audi is embarking on an aggressive electric path after suffering at the hands of parent company Volkswagen and the Dieselgate scandal.

A smattering of E-Tron vehicles are in the works, with the Quattro being followed by a Sportback version and eventually a sedan. It will all kick off, however, with this E-Tron Quattro, which is slated to be released next year (locked in a virtual race with the Jaguar I-Pace for first to debut). As for when we can expect an official reveal, it could happen as early as next month in Detroit, though later in the year seems more likely.