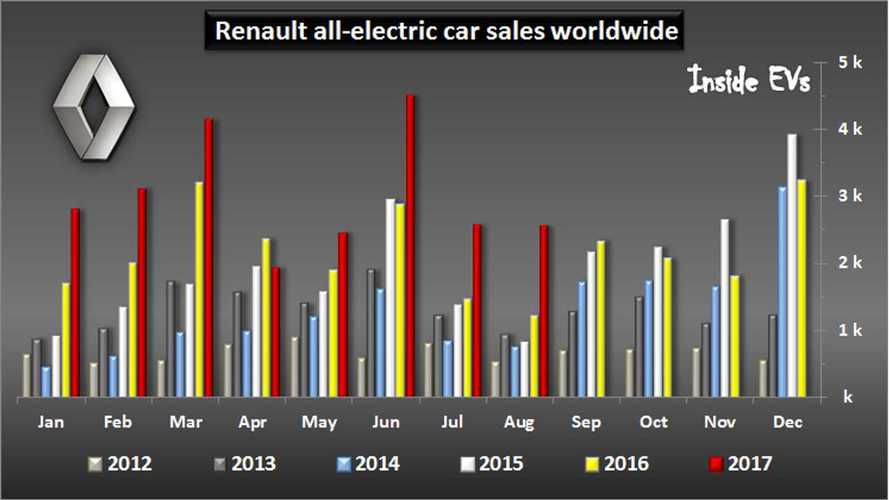 After an all-time record was set in June, Renault didn't rest on its laurels, and nearly doubled its EV sales over the Summer, which is typically one of the slowest plug-in sales periods of the year for Europe.

The French company's EV sales are driven of course by the new/longer range ZOE, which noted 4,466 sales out of Renault's overall total of 5,116 plug-in deliveries this Summer.

In August, and after the first eight months of the year, EVs account for 1.4% of total company sales.

So far this year, Renault has sold more than 24,000 electric vehicles, which is 44% more than year ago, and in September the French company will exceed its entire 2016 sales season (26,153).

*Renault Twizy is excluded from the stats.