Electric Mille Miglia Tilts Through Turns And Into Our Hearts 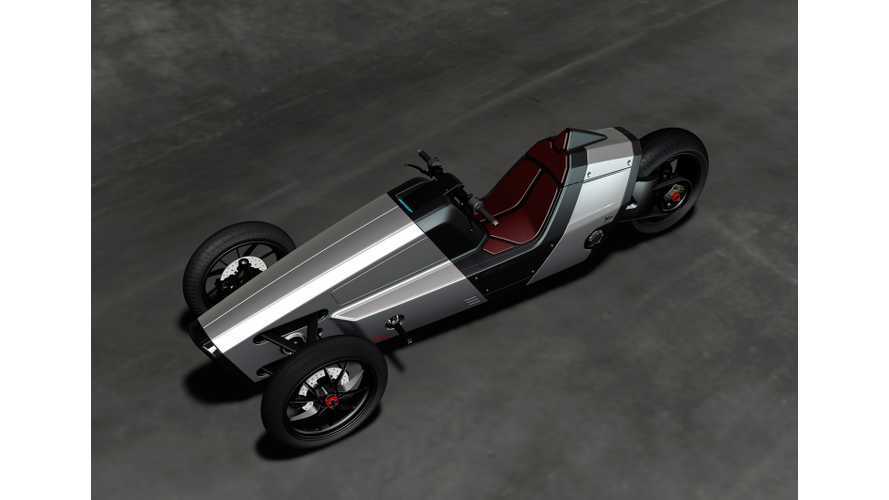 It's how you say "lust" in Italian

There have been many attempts made to meld the motorcycle with the automobile, but this might be one of the most successful. Meet the Mille Miglia: a three-wheeled electric menace that tilts its way through turns while paying respectful hommage to roadsters from an earlier age of motoring.  It's named for the 1,000-mile race that thrashed its way over Italian public roads between 1927 and 1957, and has continued, since 1977 till now, as a time-speed-distance (TSD) event.

It comes from the talented pen of Pablo de Chaves, the man behind design outfit Dechavesmotion, at the behest of client Carles de Vera.

The plan is, as we understand it, to take this design and build a prototype using the drive train from an electric bike from Zero Motorcycles. The tilting front end will likely be sourced from Tremoto. It is not known at this time whether an attempt will be made to commercialize the Mille Miglia, or just used to paint the hearts of humanity green from envy.

Motorcycles let you experience the world as you ride through it. The wind sings to you its song of speed; your body senses small changes in temperature due to elevation or shade. You are exposed to the elements. The Mille Miglia does all that too, but puts the rider in a lower, more car-driving-like position. The tilting front wheels stand closer together than similarly configured vehicles like the Can-Am Spyder or Morgan 3 Wheeler, allowing for a narrower, more pragmatic stance. They also pull the rider into the experience, calling for their body to lean into the turns.

It may be some time before the physical interpretation of the design emerges from its garage, somewhere, we believe, in Spain. No doubt, there will be some changes — the front wheels will probably wear fenders, and a small wind screen would not look out of place as would, of course, mirrors.  We'll be keeping an eye out for its debut, and will let you know when that happens. In the meantime, feel free to peruse the generous gallery below. We can only hope it's as glorious in the real world as it is on paper and in our imaginations.