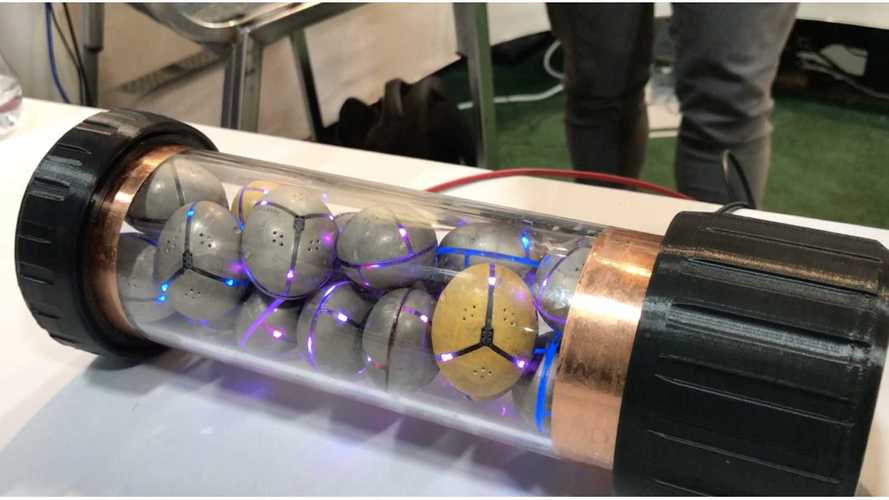 When you introduce a completely new idea in battery technology, expect to get laughed a bit. That was some of the Internet's reaction to TankTwo when we learned about the unusual string cell battery concept earlier this year. Well, TankTwo didn't take the derision as a sign to quit, and is displaying its wares here at The Battery Show in Novi, MI this week. We got to talk with founder and CEO Bert Holtappels to see what's new with the battery that looks like an aquarium full of glowing rocks.

Holtappels was busy showing the TankTwo to a gathered crowd, and from that presentation and our own discussion, here's what we learned about what's coming and the answers to some of your questions from the first go-round:

For your viewing pleasure, here's a video of Holtappels talking about these topics from the show floor: