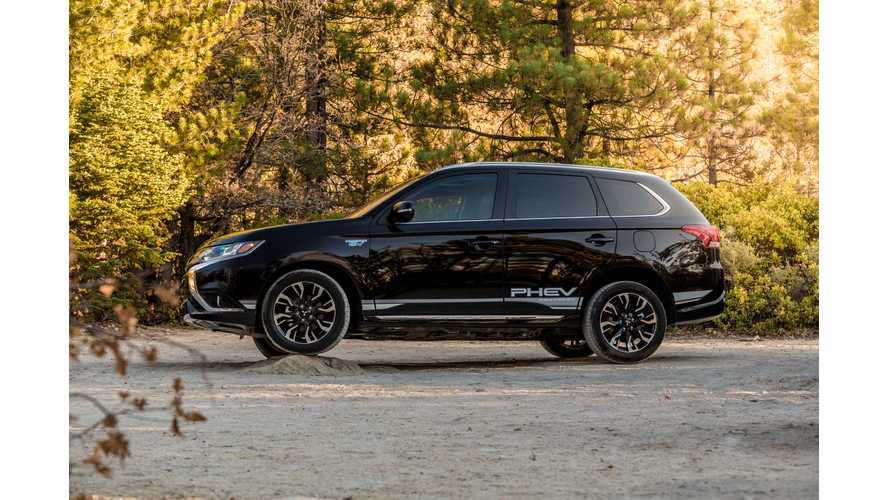 It seems as though Mitsubishi will again be delaying the U.S. launch of the Outlander PHEV.

*UPDATE - Brand Amp, the agency on record for Mitsubishi, reached out to InsideEVs in response to this article. In regards to the delay, Brand amp stated:

"That simply is not true. Vehicles are on their way to dealerships as we speak."

In the same correspondence, Bramd Amp then stated:

"We have said repeatedly that the vehicle would be at dealerships in early 2018, and reiterated that at our press conference at the LA Auto Show."

*Editor's note: Mitsubishi some 3 months back officially stated this in its own press release, so there's still quite a bit of contradiction:

"The all-new 2018 Mitsubishi Outlander Plug-in Hybrid Electric Vehicle (PHEV) will arrive in dealerships in December 2017 starting at the MSRP of $34,595.”

And of course, one can always go to Mitsubishi's website right now and find this (below caption) on their Outlander PHEV landing page at time of press:

Therefore, this will be the millionth delay thus far (we count 8 now in total in reality) and further tarnishes Mitsubishi's image among U.S. plug-in electric car fans. Especially those waiting for an affordable, plug-in SUV.

It's the SUV we've been waiting for, but we'll likely have to wait a bit longer.

“The world’s first plug-in hybrid crossover and the best-selling PHEV in Europe is coming to America. The all-new 2018 Mitsubishi Outlander Plug-in Hybrid Electric Vehicle (PHEV) will arrive in dealerships in December 2017 starting at the MSRP of $34,595.”

Well, that no longer seems to be the case.

December is quickly coming to an end and now we've learned that national U.S. dealerships are told to be ready for the Outlander PHEVs arrival come next Spring.

"...Kyle Cassidy, a salesman at Springfield Mitsubishi says the dealers in his region are all required to have certified trained people ready for the vehicle expected next spring."

"A regional ride-and-drive for the dealers to participate in is planned for January or February once the 2018-spec vehicle is here, and the car is expected to make the show circuit in January..."

Mitsubishi does promise 50-state availability of the Outlander PHEV, but the automaker has a tiny dealership presence in the U.S. and there's no indication how well the vehicle will be stocked, meaning it may ultimately by order only in some place.