Toyota Looks To Team Up With Panasonic On Prismatic Batteries 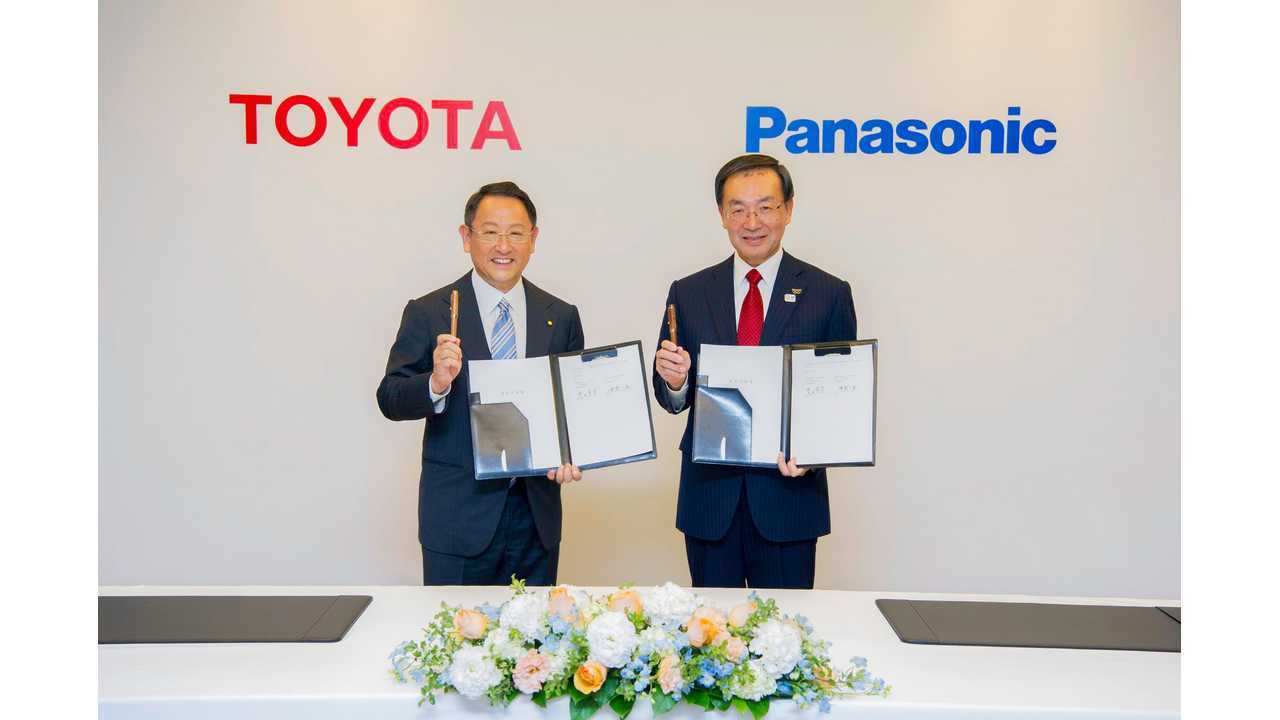 Toyota and Panasonic organized a bold press conference in Japan to announce a feasibility study into a joint automotive prismatic battery business.

It's a little bit of mystery because the two have business relationships dating all the way back to 1953. More recently, the pair established a battery joint-venture in 1996 (Primearth EV Energy formerly the Panasonic EV Energy Co) and Panasonic already supplies Toyota with lithium-ion prismatic batteries. So, there's some weirdness here.

"Both companies will consider details of the collaboration with the aim of achieving the best automotive prismatic battery in the industry and, ultimately, contributing to the popularization of Toyota's and other automakers' electrified vehicles."

There must be something more on the table to negotiate that we don't know yet like maybe a multi GWh battery factory for breakthrough cells (solid-state cells to be studied). Some sources also indicate that a massive Japanese alliance could be created with companies like Honda and Mazda joining the party.

Clearly this is a developing story.

Aim is to advance prismatic battery technology for automotive use

This agreement between the two companies aims to help find solutions to pressing societal issues such as global warming, air pollution, the depletion of natural resources and energy security. Furthermore, this agreement is intended to address growing demand and expectations for electrified vehicles. In order to realize these objectives, Toyota and Panasonic target further advancements in automotive batteries, which are crucial technologies in electrified vehicles.

Since Toyota and Panasonic began their business relationship in 1953, the two companies have been challenging each other with the goal of mutual improvement, particularly in honing their manufacturing capabilities (monozukuri). With the business environment undergoing drastic change, both companies have realized the importance of collaborating with trusted partners and looking past conventional boundaries to contribute to the world through monozukuri and creating new value.

Through activities such as launching the Prius, the world's first mass production hybrid vehicle (HV), in 1997, and the Mirai fuel cell vehicle (FCV) in 2014, Toyota has a record of taking on difficult challenges in its effort to realize a sustainable mobility society. Leveraging the know-how and experience accumulated through the continuous refinement and commercialization of its electrification technologies, Toyota is working on the development of a full range of environmentally friendly vehicles including HVs, PHVs (plug-in hybrid vehicles), FCVs, and EVs (electric vehicles) that fit the needs of customers' lifestyles worldwide.

Toyota and Panasonic recognize the importance that further advancements in battery performance, price and safety, as well as a stable supply capacity, will have on encouraging further popularization of electrified vehicles. Both companies will consider details of the collaboration with the aim of achieving the best automotive prismatic battery in the industry and, ultimately, contributing to the popularization of Toyota's and other automakers' electrified vehicles.