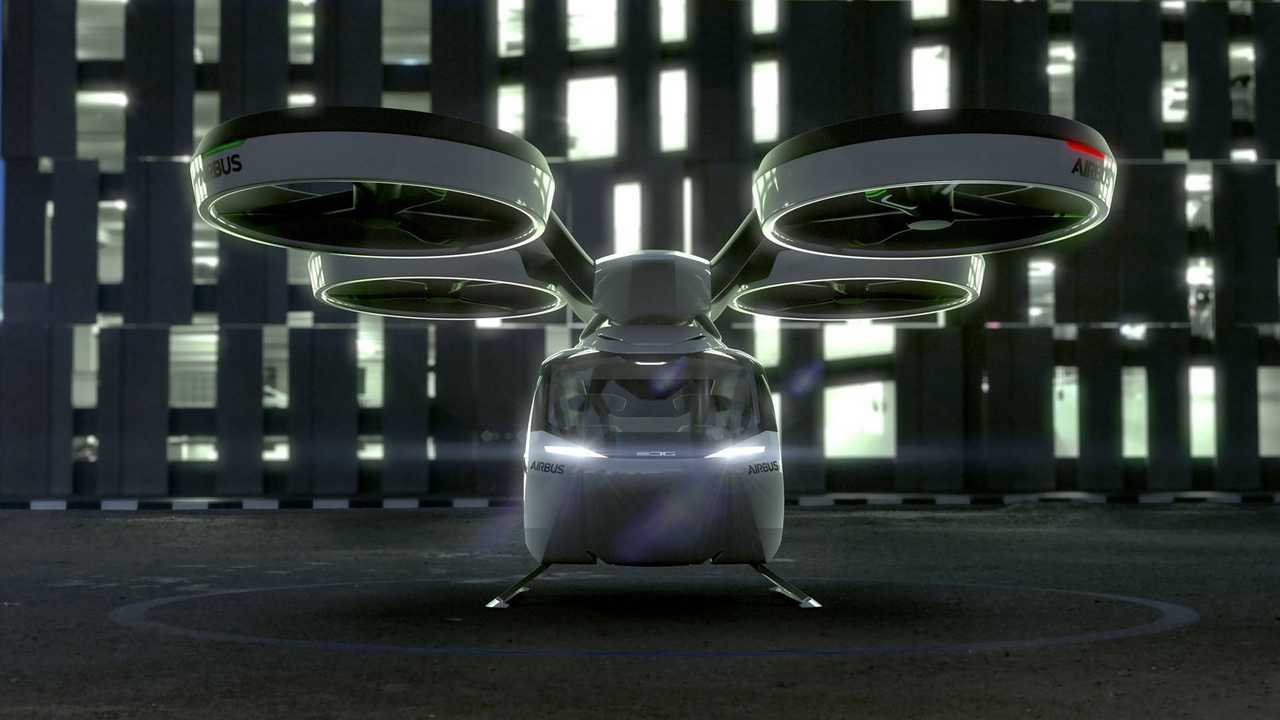 The modular system uses a passenger capsule that can attach to a motorized base for driving, and a quadcopter for flight.

The 2018 Geneva Motor Show is all about cars, but Italdesign has teamed up with Audi and Airbus to offer up something a bit different. Did we just say Airbus, as in the company that builds gigantic airplanes? Yes we did, because the Pop.Up Next modular system includes a gigantic quadcopter to take car and passengers to the skies.

Specifically, Italdesign calls Pop.Up Next a “fully electric and zero-emission modular system, designed to help resolve traffic congestion in large urban areas." As you can see, the crux of this setup is an electric car that can detach from its motorized base and fly around town courtesy of a quadcopter. The idea actually debuted last year at the Geneva Motor Show, but Audi is now on-board and the components have been further refined to bring this whole crazy idea a bit closer to reality.

Specifically, Audi is bringing its experience in autonomous driving and battery-electric propulsion to the project, seen in the motorized base of the modular system. Airbus is obviously the driving force behind the air module, and over the last year the aerospace company has made refinements to the design and rotor ducts that would improve efficiency. Airbus and Italdesign are both working on several other technical systems for the two-seat capsule, including the coupling system that would secure it to the quadcopter for flight.

In theory, the entire system would function in a ride share capacity. Fully autonomous capsules on electric bases could ferry passengers via ground, with rotor modules coming in for a pick-up to get people across town quicker.

It’s certainly a novel approach to the flying car we’ve all dreamed of, but a viable mode of transportation is certainly many years away at the very least. Autonomous automotive systems are still in infancy, never mind the challenges of car-sized autonomous drones flying around a city. Still, it offers an interesting solution to traffic congestion and could well be a glimpse into the distant future of motoring.