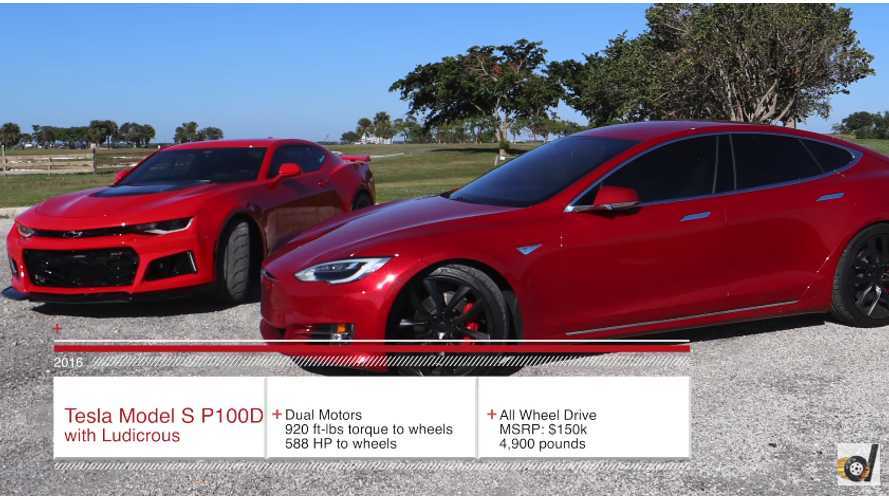 DragTimes found another contender for a drag race with the Tesla Model S P100D Ludicrous - the Chevrolet Camaro ZL1.

The Muscle versus Electric duel consists of four races - two from a standstill and two from a rolling start.

The 6.2L Supercharged V8, despite its 650 hp and 650 ft-lbs of torque, didn't stand a chance against the mighty Tesla in a drag race.

But starting at speed, the electric surge is too weak and the Camaro ZL1 quickly catches the Tesla and leaves it behind as speed increases.

Important note: Tesla had a passenger on-board, while the Camaro ZL1 doesn't.