Honda Offers $6,500 Lease Credit On Clarity PHEV, But Only In ZEV States 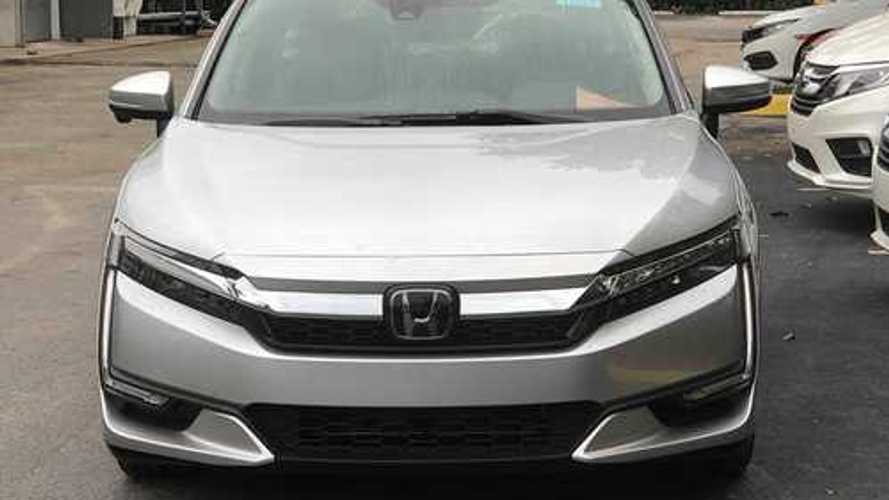 Honda has made a brazen decision to offer a generous lease credit of $6,500 on the Clarity PHEV, but only if you live in these states...

Our inbox blew up with disgust early this morning. It's not the first time a story such as this has popped up, but it is the first we've heard of such an act tied to the Clarity PHEV.

As it turns out, Honda is willing to cut you a pretty swell lease deal on the Clarity PHEV, provided you live in the states listed above. What Honda is doing is simple. It's passing on the majority of the $7,500 the Clarity PHEV qualifies for, but only in some states.

In other states like Florida, where a disgusted potential buyer tried to sign a lease deal, that money is all pocketed by Honda. There's no $6,500 lease credit. In fact, there's no lease credit at all.

Here's the tale from that now-disgusted, but previously potential Clarity PHEV lessee:

I set my sights on buying the new Honda Clarity hybrid plug-in.

Here is my big expose and I am ready to yell it from the roof tops I am so turned off that Honda Financial Service has decided to pocket the $7,500 tax credit that these are eligible for!!!

Yes, if I had that big a tax burden I could buy one and take the full credit, like most Americans it is better to lease it and have the lease cash take in this case about $300 out of the monthly payments, right. That’s based on the numbers I got from Calling Fox Honda in Upstate Mew York one of the 10 states Honda financial is allowing a $6,500 lease cash incentive with an additional $1,700 from the state.

In fact look at the list of the 10 states they are at the top of the environmental and EV ready states not much incentive needed there?

But I live in South Florida, I have asked for 2 months if this clarity and the release dates, now it arrives and the local dealers in Pompano, Fort Lauderdale, west Palm, Fort Myers get the run around looking for the lease cash. I heard back yesterday that the head of Honda Florida said that there would absolutely be no lease cash here.

So, I ask you to help me! Please let everyone know that Honda has a great new hybrid that could have helped bridge the gap and pulled people towards EV but the fix is in and for reasons only k own to them they have decided to pocket the EV tax credit on all leased Clarity PHEV In 40 states.

We feel your pain.

This has been an ongoing issue with some automakers. Not all, mind you, but some. It was a major source of hatred for BMW in the early i3 days when the automaker was pocketing quite a bit of the credit. That has changed now, with BMW openly giving most, if not all, of the credit to lessees.

Yet Honda, having witnessed past mistakes made by other automakers, still sees fit to boldly go into this gray area where us EV enthusiasts are willing to forever write them off.

Perhaps we're being a bit too harsh. Honda is breaking no law, but still, we expect more from the Japanese automaker. The Clarity is a respectable PHEV, and loads of us surely would like to lease it, but probably not when we know there's a $6,500 lease credit in those ZEV-credit driving states but not in others.

It's time to step up to the plate Honda. Do what's right.