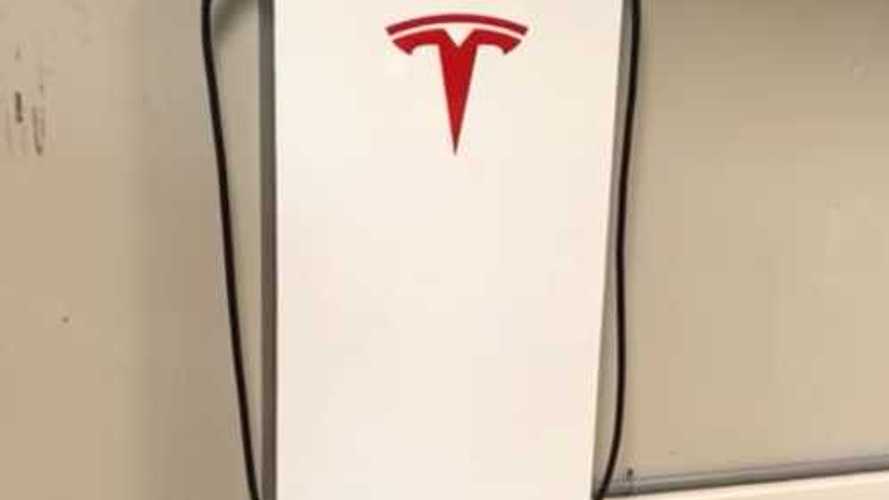 What will these Tesla owners come up with next? A Suburban Supercharger ...

We definitely have to give Tesla owners kudos for their ingenuity. Not long ago, we shared DÆrik's Tesla gallery model and homemade "look-alike" Supercharger in his garage. We're saying "look-alike" just to be abundantly clear about the fact that it doesn't work quite like a Tesla Supercharger, although it certainly charges his car.

It doubles as a concealed storage area!

Well, this Suburban Supercharger is much the same. It's meant to resemble the Silicon Valley automaker's new Urban Superchargers, however, it's just a makeshift storage area for the charging cable mess, and whatever else one might fit in there. Unlike Erik's monstrosity of a project, this seems a little more doable, and at the same time, it's practical.

The owner/builder mentions Erik's home Supercharger and even says he considered following suit. However, this more boxy, hollow design made more sense. His creation doesn't look exactly like the sleek, curved Urban Supercharger, but it's close enough. Plus, it's of the suburban variety anyhow.

The Tesla-branded supply cabinet looks nice, serves a very specific purpose, and surely wouldn't take a ton of time or cost a lot of money. He told Teslarati it only cost him about $100 for supplies, and it didn't take much time to build (although he is a furniture builder). If you want to make one, he'll gladly send you the plans, or he's even offered to build it for you. He's also going to make a video, which outlines the process.

I built this small supercharger cabinet to hide the wire and to look just like the urban supercharger that Tesla built in Boston and Chicago. Had room in the middle to house my cleaning products too. I love the look of this thing.